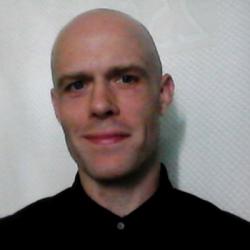 John is an SEO specialist and a former sports and travel blogger.

Neil Armstrong had a difficult time getting life insurance. Yes, he was a famous astronaut and was going to the moon. But he was an astronaut, and being an astronaut is dangerous! One thing goes wrong and suddenly you’re Matt Damon in The Martian.

Before Apollo 11, Neil wanted life insurance in case he didn’t return. Sounds reasonable right? The insurance companies didn’t think so. Because of the danger, life insurance was going to cost Neil a fortune. You can understand the thinking of the insurers:

Let’s see. This guy is going to the moon. So far, ZERO people have landed on the moon. Yeah, we don’t feel so good about this.

So Neil did what any reasonable person about to go to the moon would do: he sold out.

Not really. He began selling his autograph. Astronaut signatures were in high demand then. Neil knew that his family could sell them in the event of his death. So while in quarantine, he and his fellow astronauts produced hundreds of signatures and gave them to their families.

Here are 15 strange ways to get money in a pinch.

Obviously, you can’t really sell your soul. But Hemant Mehta came close. An atheist, Mehta created an online auction that allowed a person to send him to any church. Mehta promised that he would go to the church and remain open to what they taught.

In the end, the auction closed at $504 and Mehta attended a church for 50 weeks. Then he wrote a book about it called I Sold My Soul on eBay.

In the early 1980’s, Dennis Hope wrote the United Nations and claimed the moon as his personal property. His reasoning? The 1967 United Nations Outer Space Treaty says no country can own the moon, but it says nothing about individuals.

When the United Nations never responded, he took it as confirmation that he owned the moon. Sound reasoning, right?

Since then, he has been selling lots of land on the moon. A one-acre lots costs $19.95 ($36.50 after a “lunar tax” and shipping and handling of the deed). If you buy larger plots, you get a discount. So far, he’s sold 611 million acres of lunar parcels which has generated a huge sum of money for him.

#3 – Sell stock in yourself

Just how valuable are you? Mike Merrill created “shares” of himself, with each share getting a single vote. Mike sells these shares and then lets voters make decisions for him.
For example, on his site he says:

“The more shares you have, the more weight your vote has. You could be the only person voting to send me to night school, but with enough shares behind you, I’m going to enroll. Ostensibly, if we make the right choices, we both win.”

Currently shares of Mike are trading at $4.03. How those shares are valued isn’t exactly clear.

As of now, his marriage proposal is up for vote, which is odd to say the least. And yet Mike seems to be making money. 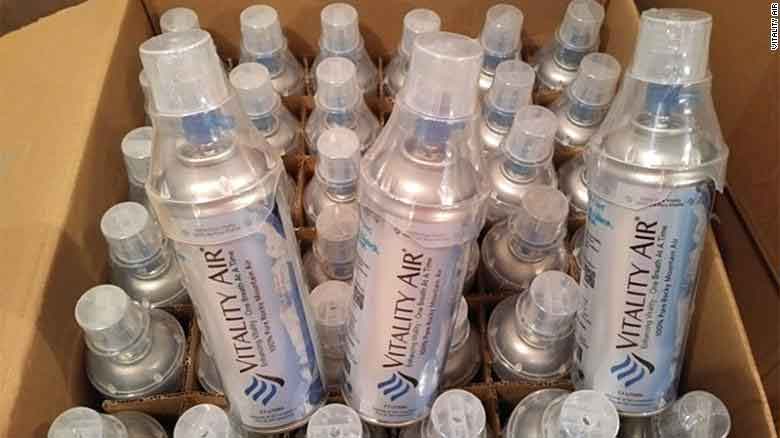 People will purchase anything, including bottles of air. A company in Canada is selling bottled fresh air to customers in China, where the smog is terrible. These bottles of air sell for between $14 – $20, depending on the size of the bottle.

They sold out of their first batch of 500 in just two weeks, proving that everything is for sale. 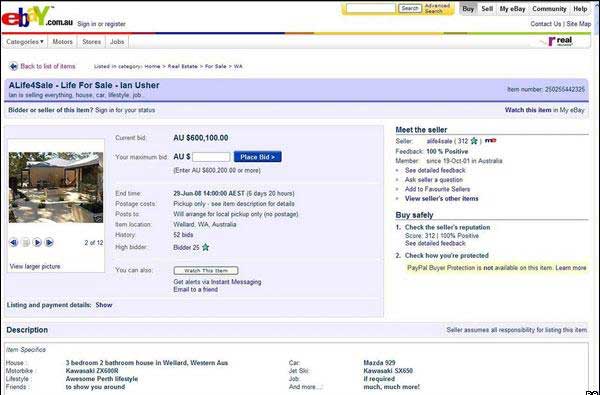 In 2008, Ian Usher decided that he was done. With everything. Sick of the rat race, he put everything he owned up for sale on Ebay. With the 216,000 pounds in profit, he bought a deserted tropical island and moved there. Now he lives with his girlfriend and ten chickens.

Is this a little crazy? Of course. But imagine yourself on a deserted island, frolicking in the sand and playing tag with your chickens. No more worries about your job or car. All you need to think about is not catching typhoid fever or malaria.

What’s safer than a bank with thick walls, a high-tech security system, and armed guards? A bathroom wall. At least that’s what one person thought.

Contractor Bob Kitts was remodeling a bathroom when he found $182,000 stashed inside a wall. One explanation is that currency was from the Depression, when banks really weren’t safe.

Still, it seems like there are safer places than the bathroom. Like a safe. Plus, if a guy had $182,000 during the depression, couldn’t he afford something better?
We’ll never know. 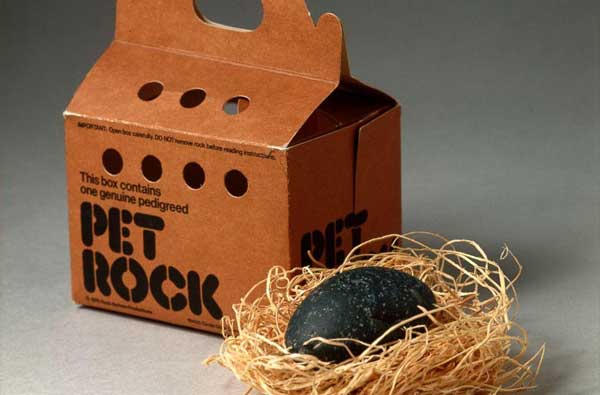 In 1975, Gary Dahl convinced people to spend $3.95 on a strange thing: a pet rock. Think about this for a second. Dahl did nothing. He didn’t invent pets or rocks. He didn’t spend years researching a product that changed the world.

Instead he came up with the incredibly stupid idea of pet rocks. And people actually bought them! He purchased rocks from a supplier and made $56 million in profit. Best marketing plan ever.

She was so successful that she was featured on the cover of “Business Week” and was worth more than $1 million.

You can’t afford real real-estate, but you can afford pixels! Get to buying and selling!

You need to know the video game world to understand. In many online games, like World of Warcraft, players must do tasks to earn game currency. Many people don’t like these tasks and thus buy currency from the game company.

However, there are millions of people who are willing to do these tasks and then sell their currency to others at a discounted price. These people are called “virtual farmers” because they farm game currency.

Don’t worry if this doesn’t make sense. All you need to do is play World of Warcraft, get some gold, then sell it to others. 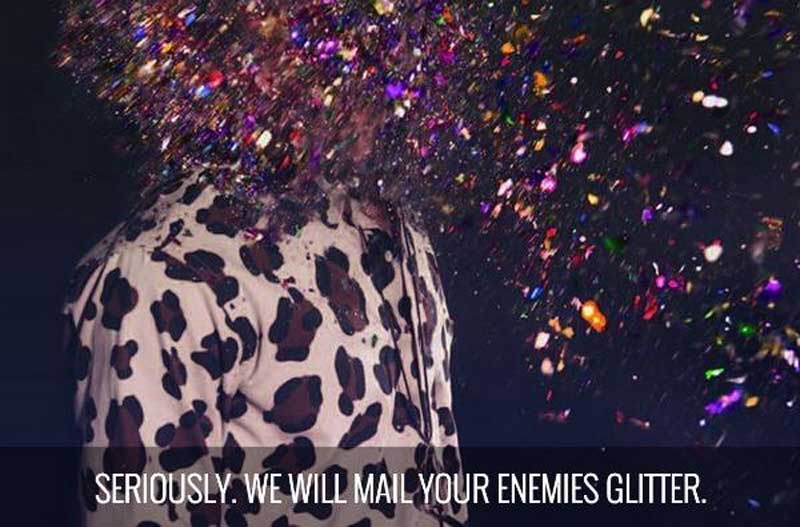 In 2015, someone created a website for shipping glitter bombs to your enemies. Customers pay $9.99 and the company sends a big glitter bomb to a specified person. It’s fun, annoying as heck, and profitable.

Soon the website was overrun with requests and the owner had to beg people to stop. Finally, the owner had enough and sold the site…

If you want to make money, help people get innocent revenge on their enemies.

Domain name squatters buy website names before they become popular and then sell them for huge profits. For example, a man named Chris Clark owned the original Pizza.com and turned it into a pizza directory.

After some time, Chris was able to sell Pizza.com for a whopping $2.6 million!

Some domain squatters are downright scummy. They swoop in on domains when they expire and then extort the original owners. Don’t be scummy. But, if you can get a name before it gets popular, you may hit it rich. 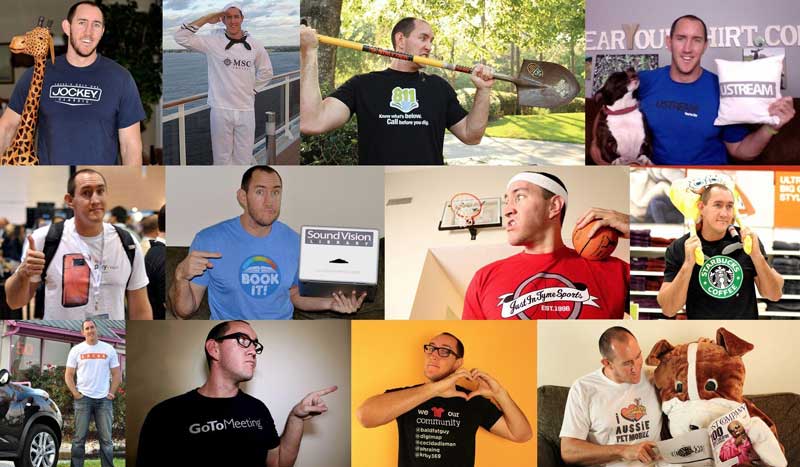 Jason Zook made $1,000,000 million just by wearing t-shirts. During the 2008 recession, he decided he wanted to make money without working. His idea? Charge companies an advertising fee for wearing their t-shirts. When he wore a shirt, he’d make a video and upload it to YouTube.

His idea was a huge success. Over 5 years, he worked with 1,600+ companies and was profiled on The Today Show and CBS Evening News. He also wrote a book about it.

How can you be a walking billboard? Carry around a megaphone? Cover your car in stickers? Wear a cape? Companies are willing to pay for creative exposure.

Every year Byron Reese makes $20 million pretending to be Santa. He is the founder of Santa Mail, which charges $9.95 to send a letter from “Santa” to a child. The letters are postmarked “North Pole, Alaska” and come on Christmas-style letter paper.

Who can you pretend to be? The Easter Bunny? Jack Frost? John Tesh? If you can do it convincingly, people will pay money. A lot of money.

#14 – Stumble upon a rare document

In 2007, Michael Sparks found something odd in a thrift store: The Declaration of Independence.

Now, this wasn’t the original Declaration. It was an incredibly rare copy commissioned by John Quincy Adams. He paid $3 and then sold it for over $250,000.

Yes, the odds of you finding a rare document in a thrift store are small. You’re more likely to find a treasure trove of Nicholas Sparks books. But if you do find something rare? You’re living the high life. 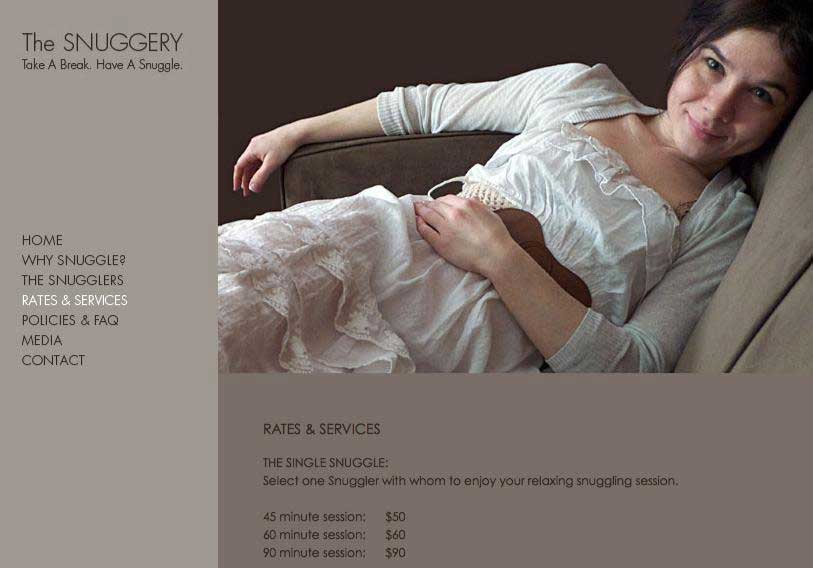 This is kind of weird and kind of creepy, but if cuddling is your thing, you can turn it into a living. In 2012, Jacqueline Samuel launched Snuggery, offering her cuddling services for $60 per hour.

Apparently, she is a cuddling “expert”, with knowledge of 100 different cuddling positions. Yeah, this is strange.

But don’t knock it until you’ve tried it. If you’re hard up for cash and you’re good at cuddling, this could be your ticket. Other possible options include hugging, tickling, and shaking hands.

If you need to make money in a pinch, there are plenty of creative ways. Sell air, wear shirts, or pretend to be a celebrity. People are willing to pay for just about anything.