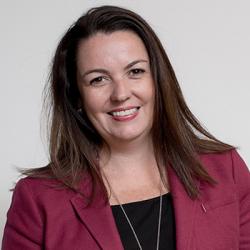 Texas is one of the largest and fastest-growing markets for flexible office space in the US, along with California and New York. Increasing demand for flexible options in these three key states has seen center supply increase by 12% year over year, compared to 10% in emerging markets, according to a report by Instant Offices.­

With more businesses looking to swap conventional office space for flexible options across the US, the trend in coworking, serviced and hybrid offices is still growing and more than 20 years of data shows businesses can save up to 73% by choosing flexible office space over conventional leased space in the world’s major cities.

Key areas Austin and Dallas are two of the highest growth cities in Texas. Over the last year, both experienced robust growth, strong desk prices and a surge in flexible workspace centers by 6% overall.

Despite rising demand in Texas, desk prices have cooled over the last year. This indicates supply might finally be catching up to demand as new entrants hit the market and existing operators expand.

Average flexible desk rate in Austin reached $896 while Dallas saw average rates of $728 during the year. Both cities were dominated by the opening of hybrid centers, with Dallas seeing a 46% increase year over year and Austin an increase of 49%.

According to data, there is an estimated 80 million square feet of flexible space across the US compared to between 50 and 60 million square feet in the UK, the world’s second-largest market. Serviced offices or executive suites used to dominate the market, but the recent focus on hybrid locations from large providers and the strong growth from independent co-working centers has meant that, as of the first half of 2018, these more traditional serviced spaces only make up 46% of the market.