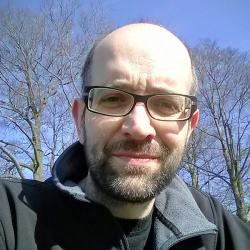 Robin Knowles is the founder of CFD Engine, an independent aerodynamics consultancy based in the UK. He has plenty of opinions on how engineering consultancy should be done and freely shares them with the patient folks on his mailing list every couple of weeks.

New Worker Mag » Freelancing » Where are all the freelance engineers?

Apparently we’re in the middle of a freelancer boom — or at least some sectors are. A recent freelancer friendly survey proudly proclaimed that there are now: 53 million Americans — 34 percent of the U.S. workforce — working as freelancers. By freelancer, they mean “individuals who have engaged in supplemental, temporary, or project- or contract-based work in the past 12 months.”

Would that include you? It’s no doubt a big number and it’s not just in the US either.

A couple years ago the European Forum of Independent Professionals coined the term “iPro” to better describe their idea of a freelancer: “iPros are highly skilled self-employed individuals who work for themselves but do not employ others. They range from journalists and designers to ICT specialists and consultants. iPros represent a significant segment of professional working generally, making up 25% of all those working in professional, scientific and technical work and 22% of all those in arts and entertainment. The growth in iPros in the EU since 2004 has been remarkable. Numbers have increased by 45% from just under 6.2 million to 8.9 million in 2013, making them the fastest growing group in the EU labour market.”

That more or less tallies with my idea of a freelancer. I’m thinking of someone (me) monetising a (possibly technical) skill on their own account: running their own business to trade this skill, finding and supporting their own clients, and most of all providing a valuable service that others are happy to pay for. In short, an independent economic agent. I don’t buy into the “iPro” moniker though; I’ll just stick with “consultant.”

But a quick squint at the Labour Force Survey in the UK suggests that the level of self-employment amongst engineering professionals has barely changed over the last five years. So what’s going on here? Why is freelancing booming across so many sectors but seemingly not in engineering?

To date, perhaps the most prevalent engineering freelancer has been the contractor. Probably doing CAD? Maybe doing simulation? Probably from an agency? Maybe pretty long-term? But most likely sitting at someone else’s workstation, using the software, tools and processes provided by their employer.

So who can aspiring engineering iPros learn lessons from?

Since going out on my own I’ve paid a lot of attention to the digital creative and web development communities. They’re digital natives. They keep on top of rapidly evolving technologies. They deal primarily in digital (intangible) deliverables. And most importantly for me, they have an established culture of being freelancers.

Part of the reason that the number of digital creative freelancers has boomed is the fact that their tools are ever more accessible. Your average desktop, laptop or even iPad can be used to create graphics, make music and edit videos. You don’t need to have the financial resources of a big agency to be able to use the same development tools they use.

Another part of the reason is that individuals can now reach customers directly. You don’t need to have a marketing budget. Especially if you’re a digital native and your clients are online looking for what you offer. Even if they aren’t looking for you online, but you know your market well enough, you can still find your own clients.

But perhaps the biggest reason is that digital creatives realised that they were good at their job and that wouldn’t change even if they were solo. What they knew, how they worked and what they could deliver became more important than where they worked.

With these three parts of the puzzle in place the freelance-ification of the web industry exploded. As such, they have a lot of interesting things to say about working on your account.

But what about engineering?

Perhaps engineering professionals are on the cusp of the same revolution as the digital creatives? The barriers to engineering iPros delivering directly to clients are falling away. What you know, Who you know and What you can do for a client is becoming much more important than whose workstation you sit at everyday.

As engineers, our tools are also becoming increasingly available to individuals. Compute power used to be a problem, but no longer is. If you don’t have the crunch power yourself, you can hire it when you need it. Software companies are coming around to more flexible licensing and purchasing options. Open source tools are getting better and becoming more widely accepted.

But just as importantly, we can reach our own prospective clients and let them know what we can do for them. We can identify the exact niches that we can deliver the most value to, approach them directly and then deliver that value.

But before I get too carried away I can’t help but consider confirmation bias: the tendency to interpret new evidence as confirmation of one’s existing beliefs or theories.

That’s definitely at play here — I’ll call it out. I’m an engineer and independent consultant suggesting that independent engineering consulting might be about to take off. Hmm.

But maybe something is starting to change. Do you see it, or are you part of it? Are you an engineering iPro? How do you see this panning out? What do you wish you knew when you started out? Reach out — we have a lot to learn from each other.

The author invites you to leave comments or reach out via postcard, Twitter or email.