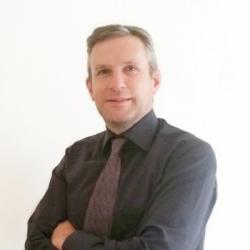 Pierce Ivory is Marketing Director at Advance Systems. Originally from a graphic arts background, Pierce transitioned into the online marketing space in 2010.

From the perspective of a recruiter, it can be a challenge to find candidates who posses the relevant skills, talent, education, or experience to fill a role in an organization. A major difficulty is that the best candidates are not always the same ones looking for employment. In a good economy, most people are already employed and aren’t trying to work somewhere else.

Passive candidates are those who are not actively seeking a new role, but often have a resume online or stored on a searchable platform like Dice or LinkedIn. These are potential candidates who have probably never heard of the recruiter’s company or the job opportunities there. If recruiters call you out of nowhere, you’re a passive candidate. The term is misleading, because passive candidates are anything but passive. These are people who have carefully cultivated their careers, have furthered their education, and likely possess the soft skills that make them valuable team members. At the very least, a recruiter can bet that these candidates get up and go to work every day and do a decent job.

Passive candidates are preferred over active candidates, because unemployed workers have the tendency to be too eager to fill roles, which often results in bad hiring decisions. If you are not working and are actively applying for a job, it helps to know that this is the context recruiters are seeing you in. They’re looking for bad signs. Traits that a candidate is too eager include being overly agreeable, stretching their abilities to avoid presenting as under qualified, and refusing to ask questions that dig into the culture and management style of the company they’re trying to work for. Active candidates who are too eager often talk their way into jobs that are inappropriate for their lifestyle, skill level, and/or desired career path. They might end up doing a decent job, but there’s a risk. Candidates who aren’t a good fit are more likely to leave a role than excel in it.

When contacting a passive candidate, recruiters are prepared to offer them something enticing – more than just another job opportunity. Even though the role they’re offering may be more attractive than the role a candidate is already in, that doesn’t mean the candidate is ready to just switch over. People don’t particularly enjoy starting new jobs. The recruiter is well aware that they’re presenting a change that the candidate was not necessarily seeking. Despite all this, recruiting passive candidates works in recruiter’s favor. Statistics show that while only “12% of workers are actively looking for new jobs, around 73% are employed workers open to exploring or hearing about opportunities.”

A savvy recruiter knows to not spend time recruiting a passive candidate who is not the best fit for the role. Instead, they narrow their focus on a very select number of candidates who are best for the job, and then work to secure them.

Securing the right talent requires time, contacts, and expertise. As part of the recruiting process, a smart recruiter will use the budgeted funds wisely by strengthening relationships with potential candidates. That work looks like keeping the lines of communication open and getting the candidate to see them as a caring advocate. More and more, recruiters are innovating to become the kind that a candidate will remember. They work to deepen the relationship with the passive candidate by offering interview tips and guidance through the interview phase of the recruiting process. They often keep this up all the way through the salary negotiation phase. They’re in a good position to: they have the budget numbers in front of them and know how much they can stand to pay. Even though recruiters are there to serve a company, they have an incentive to help the candidate land on the right salary figure that works both of them. Remember, the recruiter has already invested time and energy into this person – no one wants to see the deal fall through.

Smart recruiters want to avoid selecting a bad hire, so they stay away from tactics that create urgency and anxiety. And, while budget is critical, choosing a candidate based solely on salary is not the type of work environment they want to foster.

Those looking for employment would do well to remember this. Lowballing your target salary because you want to appeal to a company’s pocketbook isn’t going to win you any favors. Neither is going easy when it’s time to ask tough questions about the company and the team. Worse still is talking yourself up and trying to sound perfect for the role when you’re not. If you come up against a smart recruiter, doing these things will harm, not help, your candidacy.

For recruiters, having active candidates to sort through is nice, but it comes with risks. For them, headhunting the smarter choice. From the perspective of the worker, of course, actively working toward being the kind of “passive” candidate that gets headhunted is the sweetest deal of all. In the meantime, it helps to know what kind of red flags they’re looking for so you can avoid them (and so the recruiter doesn’t avoid you).