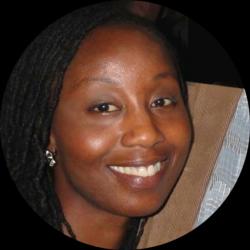 Sylvia Arthur is a writer, communications consultant and digital nomad. Her book, Get Hired: Recession-Proof Strategies for Finding a Job Now is available from Amazon as an eBook and in print. Her writing can be found at sylviaarthur.wordpress.com.

New Worker Mag » Freelancing » How to thrive in the gig economy

An interview with Stephane Kasriel
by Sylvia Arthur

According to new research from the Freelancers Union and Upwork, one in three Americans are now freelancing. Most are doing so out of choice rather than necessity, and the trend is going global. But while many aspire to the perks of freelance life – freedom over when and where you work, being your own boss, and pursuing work you’re passionate about – the top reasons why many last is that it takes a special kind of character to thrive in the new world of work.

I spoke to Stephane Kasriel, CEO of Upwork, the world’s largest online marketplace for freelancers and businesses. We met at the Web Summit in Dublin where he had just given a talk on hiring trends and the open talent economy. Here, in his own words, he offers his top tips for making it in the gig economy in 2016 and beyond.

Think like an entrepreneur
“The duration of jobs in the traditional economy has decreased tremendously over the last couple of decades. Twenty or thirty years ago, people spent their entire career in one company. Ten years ago, people worked for five years in the same company. Right now, the average is about two-and-a-half years and, if you look at the trend, it’s trending down. There’s a point where, essentially, you’re not going to do a full time job for six months. The amount of friction involved in negotiating your salary and all the engagement around a full time job doesn’t make sense for six months. And so progressively, as the duration of the jobs goes down, it’s very natural for both the companies and the individuals to engage using a freelance model. That’s why you need to think like an entrepreneur.”

Market yourself
“Two things that are critical success criteria in this competitive marketplace are having a highly differentiated skill set and being really good at marketing yourself. It’s not enough to be a very good engineer. You need to be a very good engineer who’s also really good at self-marketing. At the end of the day, you’re an entrepreneur. You’re selling yourself as the product and you need to be really good at it. As far as I’m concerned, the resume is dead. I really don’t care what school you went to fifteen years ago and, frankly, I don’t even care about the names of the companies you’ve worked for or the titles you’ve had. What I really care about is what have you learned, what are you really good at and what are you passionate about working on.”

Build your reputation
“Along the way you need to build your reputation and one of the things you need in order to do that is your portfolio. Having a really strong track record of delivering outstanding client satisfaction and being able to reference past work will go a long way in allowing you to charge way above market rates for your skills. It’s all about being extremely good at what you do. Build your own career trajectory and do something that makes sense for you. One of the great things about online marketplaces is that you get pretty instant feedback as to whether what you’re doing actually makes sense for the market or not. If you start pitching for work that you’re not qualified for, your reputation’s going to go down. You need to find the intersection between what you’re passionate about and what you’re really good at. That is your sweet spot. That’s the thing that you really want to be working on.”

Be a good listener
“The number one marketing skill to cultivate is just to be a really good listener. Learn from other people, observe a lot, figure out what other people have done, and then see what works for you. Try different things, see what resonates, what doesn’t. Stretch yourself. At the end of the day, it’s all about playing to your strengths and trying to avoid playing to your weaknesses.”

Be a lifelong learner
“Come with a very open mind and a lot of intellectual curiosity. The freelance economy is a place where agility helps a lot. There are a lot of online resources, and a lot of them are free, where you can train yourself in a new skill. Spend a few dozen hours practicing by yourself, and then start pitching yourself for work. This level of intellectual curiosity and agility is extremely helpful. The world where you studied at university for twenty years and then you did the same job for the rest of your life is long gone. What you really need to learn now is how to learn, how to think about a problem, how to approach working with a client and how to become an entrepreneur. It’s that level of flexibility and life hacking that you want to build because you’re going to be lifelong learning from now on. You’re going to get some jobs as a freelancer, then you’re going to want to train yourself in something else, and then you’re going to get more jobs, and eventually that’s how you build your career and your rates are going to go up. Refresh your skills periodically, every six months or every year because that’s how fast the world is changing.” –Stephane Kasriel, CEO of Upwork