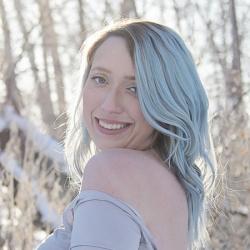 Destiny is a freelance writer working with J+S Vision, a bombdotcom computer glasses company keepin' eyes fresh and freelancers hustling late into the night. When she's not rocking their specs and writing a fresh article, you can catch her finger painting with her toddler, or eating entirely too much ice cream.

With freelancers predicted to make up the majority of the workforce within the next 10 years, it’s safe to say that yes, you can have your cake and eat it too. It didn’t always used to be this way, though. This shift in mentality is a relatively new one.

Out with the old: Hustle or die

In the early days, the startup and entrepreneurial push was teeming with go-getters who would stop at nothing to make their dream come alive. The idea was that you had to give up everything—sleep, vacations, relationships—in order to make it big and sell high.

Of course, there is a massive amount of success to be had with this kind of mentality, but at what cost? Hard work is awesome, but when it leads to burnout and sleep deprivation, is all of this hard work actually productive or just masochistic?

There’s no denying that burning the candle at both ends does, in fact, produce results for many of these so-called hustlers. However, the shift in favor of the less intense productivity models of today prove that the path to success is no longer congruent with exhaustion or working yourself to death.

In with the new: Have it all

Enter, the dreamer. As more and more companies are beginning to accept the idea that 40+ hour workweeks don’t equate to topped-out productivity, there’s a sector of the workforce who never believed in mandated work hours to begin with.

In truth, there are a lot of similarities between the hustler and the dreamer. Both are still very achievement oriented and believe in the science of goal setting. Both know no limits—why settle for mediocrity when you can reach for the stars? The difference between the two is their quality of life in the short term.

The dreamer is absolutely unwilling to compromise on the things that matter most, and why should they? Family, friends, vacation time and even self care remain top priorities. The dreamer pursues passion relentlessly and refuses to accept the idea that they must choose between the things they value most—for example, family or success.

The science behind slacking off

We’ve come a long way in how we measure time vs productivity, but there’s certainly more trail to blaze. Today’s business environment requires a different view on traditional workplace norms, starting with how often we punch the proverbial timeclock.

Just ask the Germans how they manage to take 6 weeks of vacation per year while working nearly 400 hours less than the average American, all with the same productivity output. The secret could be in their commitment to minimize distractions so they can get the job done and go home.

Think about it—Americans are notorious for spending hours catching up at the water cooler, or worse, scheduling and attending pointless meetings. What could productivity look like if we spent less time talking and more time doing?

Movers and shakers casting compromise to the wind

Luckily, the business world is beginning to take note of the pioneers in the industry and slowly but surely, many are catching on.

Take Jason Fried, CEO of Basecamp, for example. Jason is a standout for drawing a line in the sand and saying no to endless work hours. In fact, Fried mandates a strict 32-hour work week for his employees during the summer months.

Noah Callaway, co-founder of Apsis Labs, takes it a step further when discussing his company’s open vacation policy. “People are more productive when they’re able to work in a long-term, sustainable way,” he says. Callaway adds that, “Giving people the time to take breaks and get separation from their company and mentally recharge helps them when they come back to be productive and focused.”

In a time where most Americans struggle to use their standard vacation allotment for fear of falling behind in their work, Noah Callaway serves up quite the refreshing outlook.

Let’s hear it for the dreamers

At best, the ‘Hustle or Die’ mentality is nothing short of unsustainable. The future of work depends on the dreamer to pave the path to a new way of doing things. It’s not that we need to sunset the idea of the hustle itself, though.

The hustle still encompasses the idea of playing big, never settling and certainly never giving up. It’s the notion that success can only be achieved by working yourself into a state of exhaustion or other detrimental health problems that has to go.

So here’s to the dreamers of the world who continue to teach us that it really is possible to have it all. As it turns out, financial freedom, self-fulfillment and quality time with your loved ones are not, in fact, mutually exclusive.