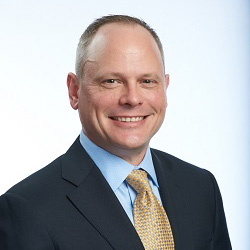 Tim Becker, Esq. is a partner at Minneapolis’ Johnson/Becker PLLC. With over 20 years of trial experience, Tim actively represents individuals in Fair Labor Standards Act lawsuits. He is a lead sponsor of WageAdvocates.com.

Who do you work for? That probably seems like an obvious question, and I’d be willing to bet that if you’re reading something in New Worker Magazine, your first answer is going to be “myself!” You might be right. You may be correctly classified as an “independent contractor,” which means (sort of) that you set your own hours, your own rates and (maybe) aren’t entitled to overtime pay or the minimum wage.

But this question, of who is truly “independent” for legal, payroll and tax purposes, has long plagued the Department of Labor. You shouldn’t brush it off, either. Especially now that dozens, if not hundreds, of disruptive companies have learned that independent contractors are really good for business. Uber, Caviar and the like depend fundamentally on classifying their drivers as “independent contractors,” because they don’t have to offer benefits, reimburse for expenses or pay lots of taxes that companies with true employees pay. As Uber has recently learned, however, some courts aren’t buying the definition of independent contractors that companies spearheading the sharing economy have come up with.

First some background: everything we’re going to discuss in this article revolves around a piece of federal legislation called the Fair Labor Standards Act (FLSA). Katy Tynan wrote in New Worker Magazine a while ago about how the FLSA’s archaically-low salary threshold systematically deprives workers with “guaranteed” incomes, even people living at the poverty threshold, of overtime pay. Obviously that’s ridiculous. It’s also complex.

Making a salary doesn’t automatically mean you’re “exempt,” and thus not entitled to overtime or the minimum wage. You have to make a salary (of at least $455 per week, guaranteed no matter how many hours you actually work) and pass a battery of tests about your job duties. So if you make a salary of $455 per week, manage a department within your company, regularly “direct” the work of at least two other employees and have at least some control over personnel decisions like hiring and firing, you might actually be an exempt “executive” under federal law. But just making that salary doesn’t necessarily make you an executive, any more than it makes you an administrator or professional, which are the two other white collar exemptions enumerated in the Fair Labor Standards Act. You can learn more about the FLSA at WageAdvocates.com.

Even more fundamental is the definition of “employee.” Only employees, as opposed to independent contractors, are covered by the FLSA. This is the first question you’ll need to answer before any consideration of salary or job duties.

While there’s still no hard-and-fast rule, and the nature of an employment relationship will, in the final analysis, always be determined by a court, the Department of Labor made a strong effort to clarify the distinction between employees and independent contractors last year. Publishing a new interpretative document on July 15, 2015 which represents the agency’s current thinking, the DOL outlined a six-step test on what makes an employee an employee. It all comes down to “economic realities,” and ultimately, whether or not you’re economically dependent on any one employer.

Here are the six questions courts use to determine a worker’s employment status:

The more your own work is an integral part of how a business actually makes money, the more likely you are to be an employee. If you frame houses for a construction company, you’re work is obviously integral to their business model: they make money by building houses. But if you get hired to build the company’s website, you’re probably an independent contractor, since they’ll still be able to build houses without a home on the web.

Now what if you don’t just build their website, but instead program a bit of software that allows the company to schedule work assignments, track bids and order new supplies? That sounds more “integral,” but you’ve only made the company more efficient. You haven’t fundamentally restructured how the company makes money. For this step, it’s helpful to think first of what the employer does to meet its bottom-line, and then consider your relationship to that activity.

Let’s say you’re looking at a really big project, and have the opportunity to hire some extra help. If you have that option in the first place, that’s probably indicative of being an independent contractor. But perhaps more important is how that choice will affect your opportunity to make a profit from the job. Hire someone else and you may come in over budget, cutting into the amount you could ultimately pocket. It might also hurt you in the long-term, if a previous employer starts spreading the word about your “fiscal irresponsibility.” You’ll have to ramp up your advertising in order to balance out the bad press, which itself entails further investment and more opportunity for loss. That all sounds like an independent contractor.

Compare the amount you’ve invested to how much your employer has invested. Independent contractors make significant investments in their own work, and those investments go beyond any particular job to sustaining their business into the future. Advertising and equipment are good places to start, but courts have repeatedly held that lots of workers (contractors most notably) who have to buy their own tools, and even vehicles, are still employees, because their employers are making much larger investments in the business.

This question isn’t about technical skills. Programmers are usually highly-skilled individuals, but that doesn’t mean they’re always in business for themselves. It’s about business skills, about marketing yourself and keeping costs low so you can maximize profits.

Independent contractors usually work one job for an employer and then move on. Employees, on the other hand, work under the assumption that they’ll continue working for the same person, either permanently or indefinitely.

To properly answer this question, you should consider the nature of your industry. Some industries, like nursing, rely on part-time labor hired through staffing agencies. That’s just the way it works for many nurses, but it doesn’t mean they’re necessarily independent contractors. What’s more important than whether or not you move from job to job is whether or not you choose to do so. If you’re just being blown around by the dynamics of your profession, you might be an employee.

Do you have control over “meaningful aspects” of the job you’ve been hired to do? Or does your employer dictate how you get the job done? Choosing when, where or how much you work doesn’t really matter. Many people work from home and choose their own hours, but are still employees.

As with most of the questions we’ve covered, “control” here should be construed mainly as an ability to impact your own economic situation. But ability isn’t enough; you need to actually exercise the control of which you’re capable.

Before the Fair Labor Standards Act was written, control was really the only factor courts considered in determining employment status, but its star has faded somewhat. Control now has to be seen within a much wider context, the contours of which are defined by all six questions we discussed, none of which take any precedence over the others.

If you don’t recognize yourself as an independent contractor, even if it sounds like you sometimes fit the bill, you may in fact be an employee. And that means you might be entitled to overtime pay.