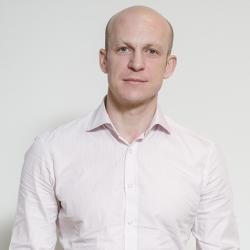 The latest research shows just how much a business can save by choosing flexible space over a conventional lease in a major city, and the results are significant, according to Instant Offices.

Proprietary data from Instant overlaid with recent data from Cushman & Wakefield cites Hong Kong as the most expensive place to rent office space in the world.  But, to rent a desk in a coworking space is almost three times cheaper in Hong Kong and almost two times less expensive in London.

According to the data, the cost of occupying a desk in Hong Kong under a traditional lease arrangement is US$27,432 per year. This is nearly twice the amount of any other city in Asia and over 18% more than in London, its nearest global competitor. Instant’s proprietary data, collated from more than 20 years of flexible workspace listings, shows that, in comparison, it costs just US$7,607 per year to rent a desk in a coworking or serviced office space, saving businesses up to 73%.

In London, the average cost of renting a flexible workspace is US$11,931 a year, more than half the cost (47% cheaper) than the total cost of US$22,631 for conventional space.  The number of flexible workspaces in London grew 20% during 2017 with new centers opening up across the capital. This growth ensured that the market remained highly competitive, particularly compared to conventional space where vacancy rates are at an all-time low and space is at a premium.

John Duckworth, Managing Director of the Instant Group EMEA, said, “It is a commonly held misperception that flexible space, which offers shorter contract lengths and fully serviced offerings, can prove to be a more expensive proposition for a business. But both the market data and our experience with clients entering the local market, has proven that flexible space is a viable, low-cost alternative. In London, we have one of the most mature markets for flexible workspace, but it is still evolving rapidly and in the last two years in particular, we have seen a real diversity in the type of companies using this space and a wider recognition of its ability to provide a viable long-term solution.”

Flexible vs. Leased: A Comparison of Costs in Major Cities

Cushman & Wakefield’s research assesses occupancy costs per workstation for prime office space globally, taking into account all workspace costs.  Those costs are already included in flexible workspace fees per desk, so this allows us to undertake a like-for-like comparison of workstation costs in conventional space and its flexible alternative.

Hong Kong is one of Asia’s more expensive locations for flexible space, even with the supply of space growing 19% in the last year, but it is still significantly cheaper than the markets of New York and London.  However, for businesses entering the Hong Kong market, the total cost of occupancy operates at a large discount in flexible workspace to that of conventional office space.

Sean Lynch, Managing Director for Instant Asia Pacific, said, “Coworking has grown dynamically in the major cities across Asia-Pacific but the number of centers is still relatively low compared to London and New York. So, we would anticipate further growth in supply in the coming year, which will keep costs low. Of course, there are other mitigating factors such as location – and much of Hong Kong’s burgeoning flexible market is outside of Central – but when total office costs of occupancy are taken into account then the alternative appeal of flexible workspace is obvious.”

Deal lengths in London are increasing for flexible space, with 52% of deals in the capital now being offered for more than 12 months compared to 44% 18 months ago. Deals in London for more than 50 desks have also increased by more than a quarter year-on-year as larger corporates such as Ernst & Young, Microsoft, Deloitte and Accenture look to the flexible market for workspace solutions.

Which Companies are Choosing Flexible Space?

Of the six APAC Tier 1 cities highlighted in the Cushman & Wakefield report, the average conventional workstation rates all appeared higher than Instant data based on live information. Averages varied but in most cases, the difference was above 25% in favour of the flexible option.

While flexibility is a large driver for young companies and those looking to expand quickly, the market is seeing a huge surge in activity within the flexible market from large corporate customers. Microsoft is a well-known user of flexible office solutions, utilising WeWork to house large numbers of staff in both New York and London. But, more recently they reportedly obtained 500 spaces in WeWork’s Bengaluru office – this office in southern India has seen a number of high profile corporate customers including, SalesForce, Amazon and Facebook in recent years.

The rise of corporate use across Asia can be seen in a number of locations following on from increasingly high-profile moves. HSBC moved 500 people into Tower 535 in Hong Kong and Instant recently placed more than 1,000 staff for one large US corporate in a Kuala Lumpur.

“With reported flexible office average workstation rates now proving competitive if not lower than conventional space, a number of other advantages around flexible solutions are now starting to show their importance,” explained Lynch. “Lower initial investments and forecastable costs allow a business to invest more heavily in its core areas and allow its teams to focus on the business.

“There are other factors to consider such as the appeal to employees of more flexible office arrangements and a variety of locations to choose from.  This is particularly relevant in high growth, developing markets that are found in Asia where skilled, experienced labour is a valuable commodity and companies work hard to keep staff turnover low. It is also worth noting that there is less space per person in coworking space rather than conventional office design, but this is dependent on the relevant space configuration. But thus far this does not seem to have impacted the coworking of flexible space model.”

There has been increasing trend in the Asian flexible office industry for longer contract terms as companies see more value in the offering outside of its flexible terms. Of the deals Instant was involved in in Asia in 2017, 7% were for rental terms above 18 months while during a similar period in 2016 this figure was just 2.4%.  This trend is in line with those we have seen in the more mature flexible markets in the US and UK.