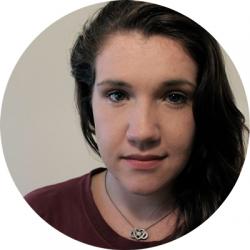 Diana McLaren is the community lead at Hub Sydney. She has dual degrees in acting and television production and an extensive knowledge of all you could need to know at a trivia night.

SYDNEY — On June 4-5, coworking leaders from all around Australia and beyond got together to share thoughts and ideas on everything about their communities and spaces.

Running over two days, the Global Coworking Unconference Conference Australia (GCUC Australia, affectionately referred to as “juicy”) was a meeting of the minds. Coworking is growing rapidly, giving people from diverse industries reason to discuss its aspects in depth.

“The sold-out GCUC Australia conference amazed me most with its energy and representation from across small business, corporates, government, university and coworking operators”

On Thursday at Customs House Sydney, Deputy Lord Mayor Robyn Kemmis opened the conference on behalf of the City of Sydney. Following that was a keynote address from Liz Elam, the founder of GCUC, and Bradley Krauskopf, CEO of Third Spaces Group and founder of Hub Australia. The rest of the day was dedicated to a series of panel discussions on accelerated serendipity, space activation and the finer details of running a space and a community. “The most important thing I noticed was how universal a lot of the challenges were, and the obvious potential for small solutions to make life easier for a large number of spaces,” said Murray Hurps, general manager of Fishburners.

With the benefits of coworking now known to extend into business growth, employee happiness and increased productivity, coworking should no longer be thought of as exclusively for startups and freelancers. Many other types of companies and organizations are working from coworking spaces, and corporates and governments have been jumping on board.

This is not just a trend limited to Australia. One of the panels focused its discussion on the similar boom that’s occurred in America, Asia, New Zealand and the UK. “It was great to see such a diversity in the attendees, from kiwi property developers to Chinese coworking operators to the local coworking hosts,” said Caroline McLaren, principal of Coactiv8.

It was inspiring to see so many people committed to providing this service that they are willing to share their knowledge for the benefit of the larger whole. Or, as Elam put it, “There are no sharks in this industry, only guppies, and they’re all working together.” This community spirit was reinforced time and time again by many of the facilitators who said they aim to lead by example.

Day two got a little funky with the unconference at Fishburners. It was interesting to see the day take shape, as people spontaneously devised sessions they’d like to facilitate or attend. Hot button issues, like how to deal with growth, were brought up by the people dealing with them. Sessions were held on everything from meditation to the legal implications of running a space.

Next we loaded onto a double decker bus for a tour of the coworking spaces. Fishburners, who sponsored the bus, was a good start, followed by Tank Stream Labs, Gravity and Your Desk before ending at Hub Sydney for drinks and conversation. “Every space operator loves seeing other spaces, and seeing a room full of interested tour participants was wonderful, said Hurps.

The conference provided a great mix of high quality content and meta community building for the community of community builders. With 140 coworking spaces in Australia, we are just getting started. “We were able to bring together leaders from within coworking, commercial real estate, corporations, plus designers and architects to discuss this growing industry and examine the future of this global trend. GCUC has worked as the connecting fiber for an industry that is uniquely poised to change the future of work,” said Elam.

With coworking first emerging as a fad that could be dismissed, it is clear that the industry is now established and is here to stay. In Deskmag’s annual survey, people were already reporting that coworking was a positive influence in their lives with 62% reporting significant improvement in their work, 71% reporting increased creativity, 90% with more confidence and 70% claiming better health. Coworking combines many positive lifestyle factors into one while removing some of the negative effects of others. A lesser commute, a friendlier environment, alternate styles of working, community activity and increased business connections all factor into this new way of working.

Elam said, “The most exciting thing about GCUC AU was all the serendipitous connections we don’t even know about yet: all the investments, consulting, purchases, partnerships and friendships that will ripple from here and have yet to be felt. We have just begun.”