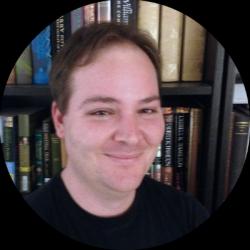 Eric Carr is a writer and designer in San Diego. He especially likes writing about when creative people get together to do otherwise impossible things.

The code isn’t working. You hit “compile” and then the sprites and polygons on the screen seem to have a mind of their own. You go back to staring at the code hoping to find some key thing you’ve managed to gloss over. Welcome to being an indie game developer. But if you’re an indie game developer in a tailor-made coworking space, at least you’re not on your own.

“Indie” can mean a lot of different things in the world of game development. It can refer to a team without a direct relationship with a publisher, or a team with minimal to non-existent resources. It might include the sort of projects that implode with the loss of a single laptop. At the very least, an indie game studio is something of a mad laboratory where the best game concepts and mechanics in the last decade have been created. The list borders on endless and includes Braid, Fez, Castle Crashers, Limbo and Minecraft. They were all built by small teams with a crazy idea and almost no support. In one way or another they had moments like the one described above.

In Philadelphia, an alchemical concoction of indie spirit and coworking has emerged in the form of Philly Game Forge. Lone wolf teams now have a space to work together, giving them somewhere to ask each other important questions like, “Why is it doing that?” and “How do I make it stop?” Most importantly, it’s given indie game developers a community.

It all started appropriately enough with another coworking space. Indie game studio Cipher Prime Games originally shared an office with Drink Philly, a lifestyle site focusing on craft brews and alcohol. In 2013 when Drink Philly moved out, the empty space gave Cipher Prime a reason to start building a larger gaming community.

Cipher Prime and Philly Game Forge were founded by Dain Saint and William Stallwood. Stallwood told us, “When there’s not the proper space where people can gather and talk about their work with people who really get it, it creates a demand. We waited on the Game Forge idea for quite awhile. The truth is, we needed Philly to hit a point where it could actually be a viable idea. A few years ago we saw that opportunity. There were enough game studios that could move in to offset the cost, so in three days we knocked down the wall and moved everyone in. We had all been waiting on this for long time.”

Game developers tend to form into very close knit groups. They value being able to talk to their peers about issues they’re dealing with and exciting ideas they’ve dreamt up.

“We wanted more like-minded individuals to hang out with. More important, we wanted to collaborate,” Stallwood said. According to him, they got some inspiration for this sort of shared space from IndyHall, a leading coworking space in Philadelphia.

Nick Madonna of local indie game studio PHL Collective said, “The Forge is helping to bring everyone together under one roof. It’s the central location for all things games in Philly. From workspace to Dev Night to game jams, it all happens at the Forge.”

If there’s one thing that really defines what being an indie developer is about, it’s a game jam. They can take a couple different forms, but for the most part they are the Olympics of game design and development. In a game jam, teams are given a few hours or a few days to build a game from scratch. The Global Game Jam, which Philly Game Forge participates in, has a time limit of 48 hours, none of which are set aside for things like sleep. It is exactly this sort of intense environment that builds strong communities and the kind of powerful bonds that an indie scene needs to prosper.

“Game Jams help people grow and learn in a focused situation, while also allowing them to showcase the fruits of their hard work. I would say game jams are essential to good growth as a game designer and developer,” Stallwood said. A game jam may be unique to game development, but it might be the sort of event to have at your own coworking space as a way of building a gaming community. There’s nothing quite like trying to figure out a problem well after midnight while powered solely by friends and espresso.

Game jams also allow established designers to try something outside of what they normally do. These projects can yield a variety of dividends. “Some of our games at PHL Collective started as game jam projects. I think jams are very important to the creative process and working as a team. Jams also allow for experimentation and failure outside of larger projects you might be focusing on. Failure, to me, is one of the most fun elements of game jams. I’ve been a part of jam projects that have failed miserably and in the end I’ve learned lessons for the future while having a good laugh,” Madonna said. When you’re working on a new project at a game jam, the only thing you have to lose is sleep.

Another thing that builds community is the weekly Dev Night game showcase where development teams get to show off the most recent versions of their work. This is especially valuable because game design is highly iterative. Let’s say you design a new mechanic and add it to a game. It functions just fine, but as a designer you don’t necessarily know if it’s fun or not—and with games, fun is kind of the point. Demonstrating that version of your project allows you to get expert feedback and advice. It’s the game version of a writer’s group where they share early drafts.

“I would say Dev Night has had a much larger impact than the Game Forge,” Stallwood said. “But Dev Night could never exist without the Forge. Having 30-70 people showing up to this hub weekly to create and talk about games is inspiring to watch.”

The Philadelphia game development community is experiencing rapid growth. Cities with thriving developer communities are anchored by a large employers that draw talent, but unlike San Francisco and Los Angeles, there aren’t large game studios in Philadelphia. Instead, the indie game scene comprises the local gaming industry, and it seems to have sprung up nihil ex like an artistic mushroom.

“Philly is an amazing place for independent development, but there are not a ton of employment opportunities. This is a do-your-own-thing kind of city,” said Stallwood.

He explains that while the need for the community was easy to see, building one is no easy task. “I’ve gone around the country talking about our scene and how fantastic it is. Local engagement can be hard, though. In fact, a recent paper was just talking about Philadelphia saying it doesn’t really have a gaming scene and that the academic gaming community is separate from the actual development community. That’s something we’re actively trying to change.”

Madonna has an optimistic view of the future of indie gaming. “There are so many young and bright developers who are just getting into games and are looking to some of us for information and steps on how to navigate the indie world. We’ve seen nothing but positive growth in the community and we’re doing everything we can to enable that to continue,” said Madonna.

Such an environment allows for cross collaboration and makes for an interesting coworking space. When you have easy access to people’s input on the sort of things you’re trying to accomplish, you have a bunch of different tools for the job. “The development community here is strong, passionate and collaborative. There are so many developers here and we’re all different. Having such diversity and the willingness to help each other makes us a unique and special community,” Madonna said.

Many of the indie game developers in the space are happy with how their studios are running, and are free to do their own projects and chase their dreams on their own terms. Yet with the rapid growth, and the idea that coworking can set the foundations for a community, those dreams are soon to get a whole lot bigger.