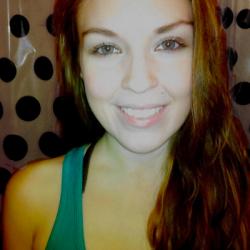 Brianna Johnson is a freelance writer for businesses and nonprofits. She invites you to come say hi at her site, Nonprofit Copywriter.

The Collaborative Spaces Challenge is a crowdfunding initiative aimed at supporting the growth of coworking spaces in the Middle East and North Africa. Supporters can help fund specific projects now through February 2015.

Zoomaal is the Middle East’s first crowdfunding platform and is no stranger to coworking – the team got their start in the Alt City coworking space in Beirut, Lebanon. Zoomaal has teamed up with Mideast Creatives to host the Collaborative Spaces Challenge. The initiative aims to support the growth of coworking spaces in the MENA region (the Middle East and North Africa). Mideast Creatives will match the funding received by these projects –up to $50,000 in total. The fundraising challenge will continue for several more weeks.

There are more than 30 campaigns seeking funding in Iraq, Sudan, Egypt, Algeria, Morocco, and Tunisia. Among them are Qafeer Makerspace in Cairo, Egypt; Debbo 52, an art incubator in Tunis, Tunisia; and a group of entrepreneurs who hope to start Khartoum Innovation Hub, a new coworking space in Khartoum, Sudan.

Funding deadlines vary for each project, and some projects have successfully met their fundraising goals with time to spare (though additional donations are still welcome).

Zoomaal’s primary function is to help groundbreaking projects in the Middle East acquire attention and funding. A few months ago, Zoomaal founder Abdallah Absi gave us a rundown of tips on crowdfunding in coworking spaces and said, “If you can involve more people, you’ll get better feedback and advice, more buzz, and ultimately more funders.” That seems to be just the strategy Zoomaal is using to give new coworking spaces the chance to develop and flourish.

While it may seem like just another bunch of coworking spaces cropping up, this style of employment holds particular significance in the MENA region.

An extensive Gallup poll in 2013 revealed the MENA region as having the most “disengaged” workers. According to the poll, 45% of workers were unhappy with their careers. In Algeria and Tunisia, rates ran even higher with over half the population dissatisfied. In the category of “happy” workers, Syria reported 0%.

These statistics show just how impactful coworking spaces in this region might be. Not only is coworking said to reduce stress, it can also strengthen workplace interactions, improve focus, and even increase income.

A low level of satisfaction isn’t the only work-related issue that the MENA region faces. Unemployment has risen in parts of the region. Culturally, inequality is an issue; women earn less and are far less likely to be engaged in both new ventures and established startups.

Arthur Steiner, leader of Mideast Creatives and founding partner of one of the first coworking spaces in Egypt, said about the Collaborative Spaces Challenge, “In order to help developing countries, it is very important to stimulate meeting places and innovative centers where entrepreneurs can work together. Coworking spaces are the ideal driving force of the creative economy.”

Those interested still have time to jump in and support some innovative projects. Zoomaal presents a profile for each project so funders know what their donations will go toward.

Check out the 30+ projects in the Collaborative Spaces Challenge.