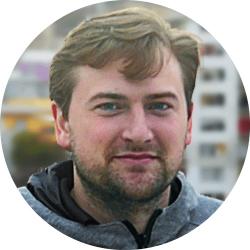 Kyle Lee is based in Houston. Former office dweller. Saw the light. Jumping into entrepreneurship.

New Worker Mag » Made by Coworking » Made by coworking: the advent of breakout app Plan to Eat

Sometimes the best things in life happen when life takes an unexpected turn. For Clint Bounds, losing his job was the incident that pressed him into focusing full-time on his web-based business, the popular meal planning app Plan to Eat.

Bounds didn’t intend to be a businessman and still doesn’t really consider himself one – he originally created Plan to Eat to help his family plan their own meals. It just so happens that the meal planning app is now delighting a lot more than just his family. Plan to Eat consistently receives high praise for its design and functionality and its avid users regularly cite the app as the reason their family eats better.

Before Bounds started Plan to Eat, he worked in Houston as a webmaster for an oil and gas services company. When Hurricane Rita hit Houston in 2005, he started thinking about relocating. He was already working from home and, realizing he could work from anywhere, he and his family decided on Colorado. While settling into their new home, Bounds began to learn some new skills as well, namely Ruby on Rails and design. He came to enjoy working remotely because it allowed him more time at home with his family, though he couldn’t have known how much of an impact all this would have on his eventual business.

The inspiration for Plan to Eat came when Bounds’ wife Lisa became more interested in what her family was eating. She wanted the family to eat healthier but found it was incredibly time-consuming to plan meals and decide what to purchase at the grocery store. After some research into available meal planning apps online, Bounds and his wife couldn’t find what they were looking for, so he created a basic version of what later became Plan to Eat. The first iteration was simple: it took recipes and compiled ingredients into a shopping list.

After his family got used to using it, Bounds put it on the web thinking others might like it too. He didn’t perform any market testing, an omission that would be unthinkable for a traditional company. He signed up a few customers and casually continued working on Plan to Eat part-time while still holding down his full-time job.

After two years of plugging along, Bounds received some bad news: he had been laid off. But with Plan to Eat having already shown some promise, he now had reason to make it his sole focus.

From that point, it took Bounds about six months to build up the app. It came to feature a drag-and-drop menu planning calendar that allows recipes from across the web to be easily added and organized, producing a comprehensive shopping list. Bloggers went nuts over it and customers raved. The revenue from Plan to Eat eventually came to replace his previous salary, allowing him to support his family by working on it full time.

Bounds’ vision for Plan to Eat is as bold as that of a startup, but the company prefers “long term, sustainable business” instead. Their way of doing business is explained on their website with such conviction that it nearly reads like a manifesto. “We are not trying to grow as fast as possible [by selling] our customer base and moving on to the next project. We do not hold your recipes and information hostage. We don’t like ads. We have intentionally chosen not to seek investors or borrow money. We believe these ideas are just common sense. They reflect our commitment to treating our customers the way we want to be treated.” As an example, the service doesn’t require credit card information when users sign up for a 30-day trial because they “do not want to ‘trick’” their customers. Though the company is small, this kind of dedication sets them apart from the competition.

Bounds continues to run the company from home and from The Armory coworking space in Loveland, CO. Plan to Eat now has three full-time employees and has experienced 150-300% growth per year for the last four years. Though they’ve gained more momentum, the company hasn’t forgotten their humble and familial roots. As Bounds explains, “this gives us the freedom to focus on what is best for our customers and our own family.”

Check out Plan to Eat at http://www.plantoeat.com.