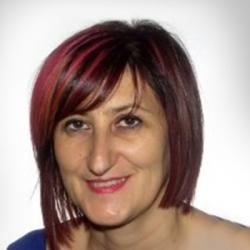 Rosa Matas is a Pauta Media collaborator for the Lleida information service at lavanguardia.com.

Common in large cities, coworking spaces are gaining importance in rural areas, where they serve as a magnet for entrepreneurs and act as a counterbalance to the exodus of the youth. In Catalonia, many spaces of this type were born under the umbrella of local entities, like those in Tremp and the city of Lleida, which opened thanks to public support.

There are exceptions, too, born of the initiative of a private individual. This is the case with Palau Cowork, in La Seu d’Urgell. Palau Cowork is run by Martí Batalla who left behind his activity in the textile world, with long seasons in Asia and many voyages by train and plane, for a place from which to look at the Pyrenees mountains of Lleida.

After many years on a project of global scale, at 46 years old he has shifted and needed a change of pace. “When I decided to work in La Seu d’Urgell, I needed an office for consulting and coaching issues, and I did not want to be alone because there is a risk of finishing working from home and it is preferable to do it alongside other entrepreneurs, reducing installation costs and gaining synergies,” he said.

Some of the coworkers at Palau Cowork have come from outside La Seu d’Urgell. Batalla has brought together equine coaching professionals, geologists, social services companies, and freelancers from the digital communication world. The fiber connection of coworking allows them to combine a rural environment with high technology.

Albert Vilana is one such coworker in La Seu d’Urgell. He has opted for this model, he says, because it is “a shared space in which synergies arise with the people inside.” In his case, the potential for synergy is clear: he is dedicated to commercializing tourist experiences by contacting local agencies with potential visitors.

In Alfarràs, a similar space has been open for a year: Coworking Alfarràs, run by Pere Bendicho. Four companies are already installed and at the beginning of the year another company will join.

The Tremp Incubator is another one, in nearby Tremp. It was created by request from the youth of the municipality, who held that another coworking center would provide a space from which to work or start their future projects. It offers shared tables in a large and open space, an office for meetings, a kitchen and cafeteria space. As it is inside the Tarraquet civic center, the coworkers also have meeting rooms for 15 people, a teletraining space and an auditorium for 70 people.

Carme Badia, the technician of technology at Tremp’s City Council, relates that a wide variety of professionals have already passed through the incubator. Interestingly, some coworkers choose this model to combine work or studies with a career or hobby linked to nature. “Among those who collaborate in our activities and courses are geologists, since this area of ​​the Conca de Tremp is known worldwide for its geological diversity,” she said.

This was also the case, for example, for Ryan O’Kuinghttons, a programmer who worked for the National Oceanic Atmospheric Administration (NOOA) through the University of Colorado in Boulder. “Ryan was at La Incubadora twice, where he stayed for about 4 months,” recalled Badia. “In the morning, he practiced his greatest passion, climbing, and in the afternoon he went to the incubator to take advantage of the time difference. That made him establish a relationship with other coworkers who were then in space, and at the same time he got to know the country a little better,” she said.

This was not the only space initiated by local youth. In late November, the Casa de Fusta in the historic center of Lleida was redefined as a coworking space at the behest of the Local Youth Council of Lleida. Ten communication, computer, design, coaching and photography professionals installed themselves at the space. Fees to work there are between forty and ninety euros. “Prices are absolutely affordable, because what matters is that young people create their businesses, their own jobs,” said the mayor, the socialist Angel Ros, at its opening.

Catalonia has a veteran association of coworking spaces, Cowocat.rural. It promotes specific initiatives for its rural areas, offering new professional opportunities for local entrepreneurs and urbanites who wish to return to the rural world or settle in. According to the coordinator, Jaume Bages, “We want professionals to have a place in the rural world through coworking spaces, which are communities of professionals that feed back, generating synergies.”