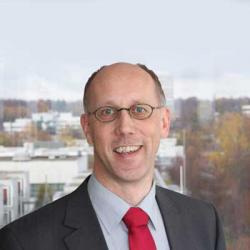 This article is a guest contribution by Professor Dr. Martin Engstler and Viktoria Pepler. The study “Creative Industries in Rural Areas: Communication Concept and Promotion Approaches” was developed under the research department “Creative Industries and Media Society” at the Stuttgart Media University. The project was funded by Germany’s Ministry of Rural Affairs and Consumer Protection. The results are based on structured in-depth interviews and an online-survey with 228 participants from the creative industries and municipal politics of Baden-Württemberg.

What approaches can be used to develop the creative industries in rural areas? These and other questions were examined by a research team from the Stuttgart Media University.

In a study, they analyzed individual funding models as well as the role of coworking spaces and creative centers in rural areas. Emphasis was placed on the potential of coworking as a progressive option for promotion, as well as expanded support for creative enterprises and rural networks.

The cultural and creative industries (CCI) cover a variety of fields—media, design, film, publishing, advertising, software, even gaming. Collectively, these industries’ most important asset is their ability to imagine, create and innovate. They are characterized by entrepreneurial activities and experimental approaches to new business ideas and even work itself. As a result, these industries increasingly act as an innovation catalyst. Even political leaders are recognizing more and more their economic importance and crucial role in the digital transformation to an information society.

People within the creative industries have discovered coworking for themselves and are well aware of its advantages, from its culture of togetherness to its cooperative ethic. Coworking especially supports the creative work of people in these industries, work that hinges upon intensive cooperation and the relative high importance of personal contacts. “Working alone, together” (Spinuzzi 2012) means that everyone has the opportunity to work independently on their projects or their business while benefiting from a community of like-minded people.

Furthermore, working in coworking spaces counteracts the existing challenges that creative face. The reason for this is the numerous services provided within the space, which include the technical and spatial equipment as well as business coaching, funding initiatives, and events as PR measures. Coworking spaces are also conducive to the professionalization of cooperative work. An important motive for using coworking is to improve the visibility of one’s own business and to use the positive image of the coworking space as a place of creativity and innovation.

Our research confirms the hypothesis that coworking is seen as a progressive promotion opportunity for creative professionals not just in cities, but in rural areas as well. The establishment of this modern work situation also increases the attractiveness of rural areas as a place of work. Here economic activities can be combined with the advantages of rural regions. At this point, coworking spaces can serve as new building blocks of modern working cultures, living places of cooperation and inspiration for innovations, visible creative spots as well as important connections between public and private spaces. The joint conception and implementation of a coworking space would also contribute to a high degree of inter-municipal cooperation.

In addition, the decentralized working method of coworking also enables the integration of new concepts in rural areas in order to counteract vacancies and revitalize town centers. Especially for companies with a strong knowledge-based economy as the CCI, premises within the city center are ideal for opening up new opportunities. A central location also conveys an atmosphere of departure and positive change. Further identified opportunities and potentials are summarized below:

Rural coworking: how should it be done?

Almost a quarter of all creative activists are in favor of opening space to all sectors of the economy, and cultural institutions are also considered by more than a third to be suitable tenants within the coworking space. Furthermore, creative actors prefer models of a coworking space in which the private and public sectors share ownership (44%) or the coworking space is led by operator initiatives (34%). In contrast, community representatives see themselves mainly in the role of economic promoters (44%), although at least 14% can imagine that the local community is involved as a tenant in a coworking space.

Regarding the equipment of the space, the establishment of representative meeting rooms as well as adequate information technology are desired. Furthermore, services or events for enhanced networking and visibility are considered important and have a positive effect on joint branding.

Based on the extensive analysis within the study, a helpful information and discussion base was provided for those responsible in companies and in politics. In addition, the findings not only serve the immediate actors and supporters of the creative industries in rural areas but are also highly relevant across all industry and spatial boundaries. In particular, the use of the coworking model provides many benefits for stakeholders and regions at multiple levels. The application of coworking in rural areas should be pursued in the sense of a model project and as cooperation between creative actors and the interested municipalities.

The study can be viewed in full at the Hochschule der Medien Stuttgart website.