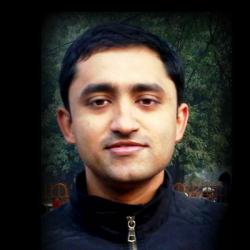 Shailesh Deshpandé is the founder of Indieloft in Nagpur, India. After working in consulting for many years, he escaped the corporate trap and now enjoys entrepreneurial ventures, growth hacking for startups and helping the underdog win. In his free time, he loves to travel, scuba dive and take pictures.

As India’s working-age population rapidly increases, tech entrepreneurship is being viewed as a way to meet the large-scale demand for jobs. As a result, Indians are starting to embrace freelancing and entrepreneurship as career choices.

India—the name itself evokes a long, and often contradictory, list of words in the reader’s mind. A tag cloud for India might include things as disparate as tradition, culture, yoga, Taj Mahal, Ayurveda, curry, Kama Sutra, IT, software, biotech, innovation, poverty, disease, pollution, chaos. It’s a bit odd, this juxtaposition of the old with the new, the promising with the hopeless. But as anyone who has traveled to India or lived here for an extended period of time will tell you: it’s all true! For every hypothesis you might put forth, the opposite is also usually true; this is what makes India such a frustrating and exciting place at the same time.

Currently India is in the midst of an unprecedented demographic dividend. According to a U.N. report, by 2025 India will be the world’s most populous nation with 1.4 billion people. Around 64% of the population is expected to be in the age bracket of 15–59 years by then, with only 13% of the population over 60 years old. The working population is expected to grow substantially in that time. These are mind-boggling numbers and have certain obvious advantages. An increasing proportion of the working population will provide a window of opportunity to improve labor productivity, increase domestic production, enhance revenue from services, increase savings and offset the burden of older non-working people.

However, these promises of glory come with huge caveats. A large portion of the workforce is still in the unorganized sector. There’s a big skills gap between the organized and unorganized sectors. Even if the gap were to be gradually filled through sustained efforts by the government and industry, there simply won’t be enough jobs to provide employment to all those newly skilled and re-skilled people. This is not just a labor problem, but a security problem faced by India today. The horror stories that have been doing the rounds in media about increasing crime in big cities such as Mumbai and New Delhi can be largely attributed to youth unemployment, en masse migration from rural areas, urban poverty and lack of options for upward mobility.

The only answer to this problem seems to be self-employment and employment creation. Accelerating entrepreneurship is crucial for large-scale generation of jobs in India. According to a Planning Commission report, India has the potential to build around 2,500 highly scalable businesses in the next ten years. Taking into account the probability of entrepreneurial success, this implies that well over 10,000 startups will need to be spawned in order to create enough large-scale businesses.

With the current government making all the right noises about being pro-innovation and anti-red tape, there’s never been a better time to start up in India. An entirely new entrepreneurial ecosystem is being built from scratch here and incubators, accelerators, coworking spaces and mentor networks are mushrooming across the country to help the founders along. There is a palpable sense that as this community moves up the income ladder it will create a market that’s never been seen before. A young tech-savvy generation that never saw landlines but went straight to mobile phones and tablets is redefining what innovation in Asia looks like, and the global investor community is responding by lining up capital behind them.

When I started in the workforce some 15 years ago, job security and conformance were the key drivers for career decisions. The Indian IT industry had just taken off and was recruiting armies of engineering school graduates, many of whom came from middle and lower middle classes. As such, they had responsibilities to bear and couldn’t afford to be too adventurous. The education system that we inherited from the British, and that still remains pretty much unchanged, was built to create, to quote William Deresiewicz, “excellent sheep.” It was not meant for innovators, entrepreneurs and people with a rebellious streak. You’d see parents actively discouraging their kids from risk-taking and insisting that they take up a cushy job after graduation and settle down.

This made freelancing or starting a company all the more unlikely as it involves risk and uncertainty. Freelancers were only restricted to the creative fields. In general they were considered footloose and fancy-free and did not garner the same respect as someone with a steady job.

That’s changing now. In cities like Delhi, Mumbai and Bangalore where there’s a high concentration of technology, new media and communications companies, people have a different, more open approach to work. Due to advances in mobile technology and exposure to Western companies through outsourcing, many Indian companies now allow their employees to work remotely from different locations. This has created a market for coworking spaces and it’s only going to grow as companies embrace freelancers and remote workers and as more people pursue entrepreneurship.

I believe this is a step in the right direction. Technology has enabled people to work from anywhere they like and countries like India need—and are thankfully starting—to take advantage of that.

India’s challenges are unique and so are the opportunities for innovation they present. There is scope for creative solutions and disruption in virtually all sectors whether it be education, healthcare, transportation, hospitality, travel, insurance, banking and finance, government service delivery, infrastructure or retail. Indian entrepreneurs are in a position to not only learn from Western precedents and replicate those models here but also solve for problems that are uniquely local in flavor. One can only hope that government policy and global capital inflows are in lock step to help unleash this exciting start up revolution for India and the world.