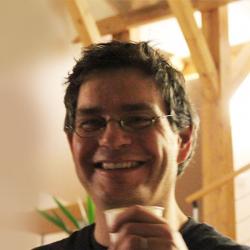 Will Bennis is the founder of Locus Workspace in Prague. He holds a Ph.D. in Psychology from the University of Chicago and lectures in cultural psychology and decision making.

More by Will Bennis

New Worker Mag » Coworking » A chance to work on my company, not for my company

[Editor’s note: This article is about the closing of the Locus-Muzeum coworking space (the first Locus Workspace location, at Krakovská 22 near Prague’s Muzeum metro). Locus Workspace itself is not closing, and their Vinohrady location at Slezská 45 is alive and well.]

This post is in large part a tribute to my father, Warren Bennis (1925–2014), who influenced my life in profound ways that I continue to discover. Those closest to him know that even at the end of his life he was the eternal optimist, regularly reporting (and wholeheartedly believing) that he had just had “the best glass of orange juice ever,” or “the best day yet.” He would make those statements with conviction, but also with a self-conscious smile, recognizing that we – his audience – might not buy it. “Dad, there is no way you just had the best glass of orange juice ever… again… today,” I would lecture him, thinking I was being a responsible son by letting him know. What he knew, and I was slow to recognize, was that he could. While these might have only been subjective, momentary “best evers,” in the grand scheme of things, the moment, for him, was more palpable and intense than his memories of those past experiences he was comparing it with, and so they were indeed often the best ever. And no upstart, narrow-minded, inexperienced son, who was yet to understand the objectivity of subjectivity, was going to take that away from him! The best thing of all, of course, was knowing that the next day promised to be still better. I love you, Pop. 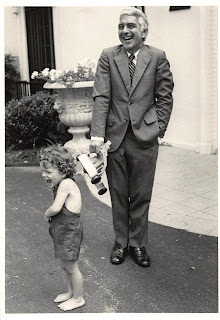 Locus–Muzeum coworking space closed its doors on April 15, 2017, after just under 7 years of operation. The story of Locus–Muzeum’s closing was largely the story of three distinct emotions: sadness, relief, and optimism. (I wrote about the role of sadness and relief in the two previous posts on the Locus Workspace blog. The post about sadness was largely about the meaningful things that happened at Locus–Muzeum and the feeling of loss that goes with saying goodbye. The post about relief was largely about the particular difficulties associated with that location and the freedom that closing the doors gave us to put those difficulties behind us.) This post explains why I feel so much optimism.

There is one main source of optimism: scaling back helps me find the time and space to transition from being a business manager to being a business leader, from worrying about the day-to-day trivialities of running a business to being able to create and achieve a vision of something bigger that inspires others and keeps the business relevant over time. This transition from manager to leader, “from working for the company to working on the company” (to use the language of Michael Gerber in The eMyth

), might be the single greatest challenge to the early-stage entrepreneur. Certainly it has been my greatest challenge in running Locus Workspace. The day-to-day trivialities are things like answering emails, ordering inventory, marketing, designing the website, building relationships with my members and potential members, invoicing, bookkeeping, and collecting past due payments; hiring, training, or firing employees; maintenance and improving the office infrastructure, noticing the myriad things that matter to customers but that employees don’t have the sense of ownership to care about, etc., etc., etc. Okay, these “trivialities” are not in fact trivial. They are essential things that need to get done for a business to succeed. They are what make good managers so essential to a successful business. And I would guess that almost every beginning entrepreneur works long hours in part taking care of these kinds of things (unless they’re independently wealthy, they have deep-pocketed investors, or they struck gold with such a good idea that caring about quality just wasn’t necessary).

That’s the crux of the problem. It’s hard not to get stuck working every minute of the day taking care of these essential daily distractions, that are in fact far more than distractions: if you (the business owner) don’t do them, the business won’t keep running. But if you do them, they quickly come to take up nearly every second of every day. The obvious solution is to delegate: the CEO shouldn’t be doing these things. And certainly great CEOs are particularly great because they delegate effectively. But knowing and doing are two different things. With a company started on few resources and a philosophy that jumping in and trial and error are the surest road to success, I am in awe of any CEO who can effectively run (that is, manage) their business while also maintaining and communicating a strong vision for that company (that is, lead). Forget about other important aspects of living a good life, like time for family, friends, and exercise.

The idea that leaders and managers are distinguished from each other in this particular capacity is not original. It was introduced to me by my father, who told the story of his own career transition from a manager–leader (president of a large university) back to being an academic in the 1970s. Before that – in the 1950s and ’60s – he had the great fortune to be a young scholar in the fledgling field of management studies, propelling him into what must have been the closest thing academia had to rock-star status. He left that career in the late ’60s, first to serve as provost of social sciences at the University of Buffalo (which evolved into acting executive vice president), and next as President of the University of Cincinnati.

He likes to tell the story – which he told in print in his memoir, Still Surprised: A Memoir of a Life in Leadership

(2010) – of a point late in his administrative career before returning to academia, during an invited lecture about life as a university president at the Harvard School of Education. He had a hard-earned gift for communication, with public speaking being the domain he considered his strongest asset. But during this talk, Paul Ylvisaker, at the time dean of the graduate school, perhaps sensing something emotionally discordant, asked, “Do you love being president of the university?” It was not a question he was prepared for, and – caught off guard and at a loss for words – he remained silent to the point of everyone’s discomfort, until he finally responded, “I don’t know.” Ultimately this forced self-reflection and recognition that indeed he was not happy was the catalyst for a big life change. He would have been the first to tell you that it was the best career choice he’d ever made.

That sense of dissatisfaction came from precisely the challenge discussed in the previous paragraphs: he had left academia and the study of management practice to get out of the ivory tower and into the “real world,” to take on a real-life management role and see if his ideas about management could be applied in practice the way he thought they could. He spent almost a decade in that pursuit. But all he was able to find time to do during those years (years when he left for work before I woke up for school in the morning and usually didn’t make it home until after I was long asleep) was manage the day-to-day “trivialities” of administration: reply to complaints, work through piles of papers… put out fires (or so he felt, though he would be remembered far later by the students and junior faculty at the time quite differently).

The insight wasn’t trivial and it wasn’t lost on him. It is the story he tells to explain why he left that work (in an applied leadership position) to return to academia, and how he decided to shift his focus from management to leadership. It launched a new academic career that many would consider the origin story of the field of leadership studies. The motivation was essentially to understand what might separate the job he had been doing as university president (primarily the job of management) from the job he thought he should have been doing, the job that great organizational heads do (what he saw as the job of a good leader), what distinguished effective managers from great leaders. In large part, that is the story of how you move from putting out fires all day to building something great. To quote him: “the manager maintains, the leader develops” (from On Becoming a Leader

). He felt he had been maintaining and not developing, and to his credit he took himself out of that context where that was all he could manage to do, and put himself into a context where he could develop.

I had spent much of the seven years before closing Locus Workspace-Muzeum maintaining, constantly aware that I need to be developing, but unable to find the time to do it. The decision to close Locus–Muzeum inspired optimism because it promised time to stop putting out fires and to focus on a bigger vision.

A key insight from my father’s own journey is how important the environment is to one’s ability to make that transition successfully. My sense is that he could not have done it while remaining a university president. The fires would continue to need to be put out. That essential element of time, which all good leaders need in order to reflect on what is most important, to maintain and evolve a strong vision, and to communicate that vision to others, would never be there. So he had the wisdom – thanks in no small part to that one incisive question – to change his environment so that he could change himself.

It is no coincidence that changing one’s environment in order to successfully change oneself is a central theme of this blog post and of the decision to close the original Locus location. It is also the original and ongoing motivation behind Locus Workspace itself. Locus, as with most successful coworking spaces, was created with the conviction that the environment is essential to successful location-independent work; even more important than the traits of the workers themselves (except to the extent they have the capacity to choose and create effective environments for themselves).

Freelancers, remote workers, digital nomads, and other location-independent professionals face one of the greatest challenges among all business people because, without the right environment, they are largely alone, their own source of motivation, accountability, and continuing education. We humans, in many ways the most social of the social animals, can’t be our best on our own, no matter how talented or driven we are when we start our solo journey. As my father changed his environment so he could transition from manager to leader(in helping to develop the field of leadership studies itself), coworking spaces like Locus help change location-independent professionals’ environments so they can can work for themselves, not by themselves. Closing Locus–Museum reflects a conscious effort to change my own environment so that I can work on my company, not for my company. A good reason for optimism.

It doesn’t hurt knowing that Locus’s next years are probably going to be the best ones yet.

A version of this article originally appeared on the Locus Workspace blog as R.I.P. Locus-Muzeum: Part III: Optimism.