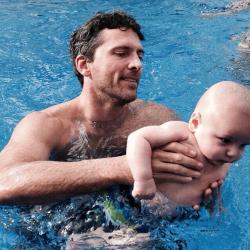 Dave Gentry writes for the coworking space Workbar where he explores the world of work/life blur. He is a fan of progress, and recess, and he answers to #davertido.

When civil rights laws progress faster than attitudes, the gulf between de jure law and de facto practice can be an ugly place, populated with holdouts bent on not bending. Just as the fight for racial equality did not end with the Emancipation Proclamation, the struggle for LGBT equality did not end with this summer’s Supreme Court decision. Pushback from local government and presidential hopefuls alike has made headlines all summer, but without a legal leg to stand on, so much bluster smacks of desperation. With anti-LGBT discrimination supposedly stamped out by the federal government, where are the new, insidious battlegrounds against equality?

I looked to the workplace, figuring that between corporate behemoths and bootstrap startups there had to be pockets of resistance. With the advent of coworking rewriting the rules of workplace culture, my thinking went, the guidebook for anti-discrimination surely needed retooling as well. To find out how the executive world was faring in the new climate of equality, and to find out what needs to happen to squash workplace discrimination, I turned to Todd Sears. Todd is the founder and principal of Out Leadership, a global LGBT business organization whose mission is to foster executive-level LGBT leadership and whose vocal supporters include the CEO of Goldman Sachs and Vice President Joe Biden, among a few others.

When I asked him what needed to happen to get the corporate, entrepreneurial and startup worlds on board with the latest civil rights, his answer was surprising.

“From a corporate perspective, it’s the reverse, actually.”

“No, really,” he countered. “Corporations have been on board.” He went on to explain that ninety-eight percent of Fortune 500 Companies already have non-discriminatory laws towards gays and lesbians, with eighty-five percent officially protecting transgender employees from discrimination. “The business world is more of an incubator than most other environments, and by virtue of survival of the fittest, has already had to get on board with the gay community, or die.” He did not sound upset about this fact. “As far as talent and clients go, the bottom line is blind.”

Back in March, over 370 companies signed an amicus brief urging the Supreme Court to strike down state bans on gay marriage. “You could argue,” mused Sears, “that corporate America was the driving force behind the whole thing. Corporate policy is trumping state policy and leaving the feds to play catch-up.”

Has the tide shifted, then? Was fighting for marriage equality the hard part?

For the first time in the interview, Sears sounded weary. “The religious freedom piece; it’s the single biggest obstacle. Twenty-one states have Religious Freedom Restoration Acts. In 31 states you can be fired or refused service because you are gay. Signing a lease or getting loans together is not up to speed [for same-sex couples]. Where states have anti-discrimination laws, gay rights win. In states where they do not, we lose. There is an Equality Act in Congress now, adding LGBT protection to housing and jobs.”

He went on to explain how one of the most frustrating parts of hiding one’s bigotry behind religion is that it hinges on a fundamentally incorrect interpretation of the Constitution. Between the government and an individual, the government cannot infringe on one’s religion. This is why Muslim inmates aren’t forced to shave, why Native Americans can use peyote in religious ceremonies, and why the hijab can stay on in driver’s license pictures. It does not cover interactions between two people, or between a business and a person. That is why a Muslim stewardess cannot refuse to serve alcohol, and why a Colorado cake baker cannot refuse to make a gay wedding cake.

“Ah, the Kim Davis anomaly.” He acknowledged the illegality of what she was doing and her flicker of fame, but did not seem too worried about a Kentucky clerk’s ability to derail the Supreme Court.

When the dust settles on this chapter of the Civil Rights movement, I wondered, where will history describe us, here in 2015? Tip of the iceberg?

“We’re about halfway down the iceberg,” he chuckled. He cited Uganda’s stance on gay rights as a glaring problem, where homosexuality is punishable by life in prison. Ironically, the same U.S. state to first legalize same-sex marriage in 2004 spawned the instigator of Uganda’s law. “That was Scott Lively, from Massachusetts. Conservative Christians realized they were losing the fight and so they started finding ways to export hate.”

Out Leadership is currently in the process of reaching out to countries where culture and religion have been barriers to progress, and has drafted a document called the CEO Business Brief. This is a three-page document that begins by addressing the recipient as an “LGBT un-friendly country,” and then methodically scores their policies. If at first the word “un-friendly” seemed a little harsh or judgmental, then the breakdown of their poor human rights scores – laid bare and without embellishment – hammers home the barbaric realities faced by the world’s LGBT community. For example, India scored 0/8 on their GILRHO, or Global Index on Legal Recognition of Homosexual Orientation Score. To wit, in every way a country could promote institutionalized discrimination of homosexuals, India does.

“We wanted to make these talking points almost similar to building codes.” This seemed like commoditization, not humanization, until he explained. “Without building codes, a building can collapse. Removed from an argument about religion or culture, it is about respect – for women, for LGBT. We are framing this as the cost of doing business.”

India, Uganda, United Arab Emirates and Singapore will be the first countries to get the brief, but by his count Sears says that over seventy more could use it.

With these front lines shifting outside of our own borders, I wondered aloud what the next generation needed to know about this civil rights struggle.

“Have you seen the Bloomberg chart of social acceptance? On things like suffrage, abortion, gay marriage?” I hadn’t, but he told me that it looks like a hockey stick, with America rapidly changing its mind en masse at cultural tipping points. “It’s because we started coming out. This is different than racial civil rights because of the ability to hide one’s orientation. The eighties forced mass coming out and got the ball rolling, and by the nineties, things had changed. I hate to say there was a ‘silver lining,’ but if the AIDS crisis had one, that was it.” He paused and I imagined him looking out his office window at a Manhattan skyline.

Whereas his generation’s average age of “coming out” hovered in their mid-twenties, he said the next generation’s would be closer to fourteen. Considering the emotional cost of hiding one’s orientation, this is a concrete metric of progress.

“Todd?” I was going off-note here, attempting to bring some of my own outdated modalities up to speed, answer at least one of my burning questions, and probably embarrass myself in a matter of seconds. “Can we talk about the nomenclature of the movement? ‘LGBT,’ and now ‘LGBTQIA…?’ I feel like we don’t want to leave off any letters, afraid we’re going to offend, but are gay rights getting diluted?”

Sears humored me, and offered that there was such a thing as accuracy through brevity, but also a wider arc of inclusion with the longer descriptor. Then he riffed etymological with me, offering up “queer” as an example of a reclaimed word. Though he is not personally a fan of it, he schooled me on its recent re-appropriation by the community, even going so far that one can be a “Queer Studies” major in college.

What about “teaching ‘tolerance’?”

“Ugh. I’ve always had a problem with that word. We tolerate things that are distasteful to us. We put up with them. I’ve never liked that word.”

Then he finished, “Acceptance is much better.”

So is solace, I thought, taking some in the Darwinian truth that creatures and companies who refuse to adapt will eventually write themselves out of the picture.

Photo by Tiffany Knight, used courtesy of Workbar.
A version of this article appears in the Workbar blog, Blur.