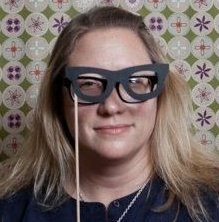 Julie Sutter likes nothing better than finding just the right turn of phrase. Well, almost nothing. As a Colorado native, she’s pretty fond of her home state in general and Fort Collins in particular. She also adores the arts and culture community; as the co-creator of Articulate City, she can be found playing hostess after hours at an assortment of entertaining events around town. A devoted music fan, she serves on the advisory board for SpokesBUZZ Fort Collins and works (and swears) alongside other independent creative types at Cohere. She is a voracious reader, a frequent bike-rider (both road and cruiser-style), and likes helicopters, sushi, documentary films, live music, dead poets, public radio, college basketball, curry, kittens and televised awards shows. She lives in Old Town Fort Collins. 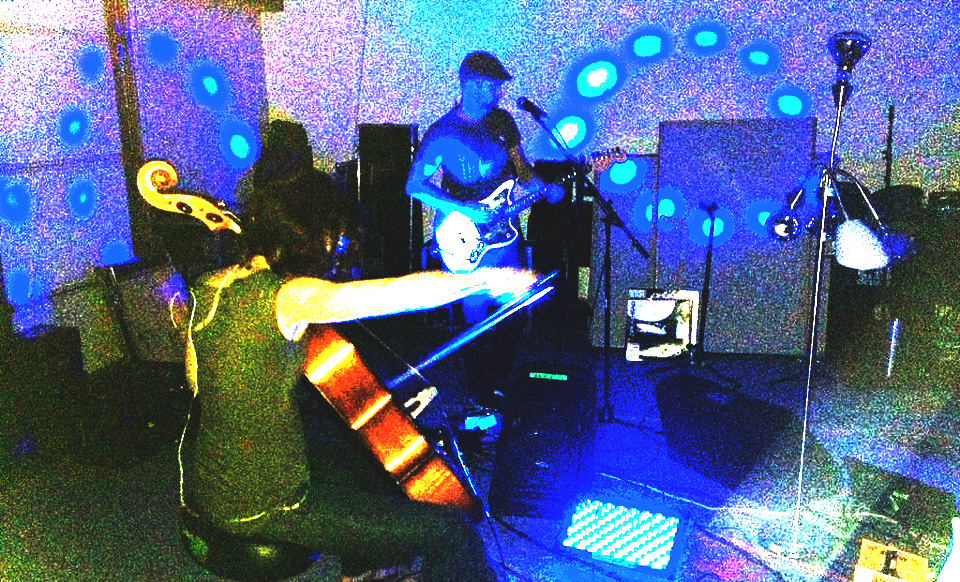 It started with a robbery. Well: with two robberies, actually, taking place about a year apart. Both happened right around Christmas, and if that’s not enough total suckiness for you, both involved musicians getting their instruments stolen. We’re not talking a harmonica here, a piccolo there; we’re talking cleaned out. To the tune of thousands and thousands of dollars worth of gear, taken from people who regularly get paid tens and tens of dollars at work, if they’re real lucky. And these guys? Not real lucky. Robbed at Christmas, remember?

What this had to do with me, at least at the time, was pretty much nothing. I’m a sometime arts advocate, which sounds fancier than it is (my advocacy activities are far more hobby than lobby) and a longtime music enthusiast, and I was disgusted enough in December 2011 when I heard about a band van break-in that I donated to a Kickstarter project for the musicians. However, in December 2012, when two different local bands had all their gear stolen from a rehearsal space they were sharing, I got re-horrified enough to a) say a lot of swears and b) say them again out loud, over pancakes, in front of my friend Angel. In addition to being one of my favorite people to eat pancakes with, Angel also happens to be the founder of Cohere, the coworking space where I do some of my best swearing.

Angel listened, and asked some questions, and then promptly proceeded to go home and lose sleep. Not in an “oh, I operate on a polyphasic sleep cycle to maximize time” kind of way, but in that delicious entrepreneurial way that happens when you get a new idea in your head. Only it wasn’t a new idea. It was an old idea with a new twist: that creating coworking space for freelancers might be not too far off from creating practice space for musicians.

Actual transcript of Angel’s email to me just one week after pancakes and swears: “Can we have a meeting to discuss everything more? I’m feeling very un-confident about all of this. Which probably means I should definitely do it. Not sure why, as I started Cohere not knowing a thing…”

Angel’s instincts were right on: it turns out that coworkers and musicians have a lot in common when it comes to workspace needs. In both cases, creative and independent workers are in search of a place where they can find inspiration and collaboration, and maybe even put on real pants a few times a week. (If you consider black skinny jeans real pants). Angel’s un-confident feeling was simply related to not knowing anything about what musicians need technically from a practice space. Luckily, I know lots of musicians and was motivated to help. Ian, my brand-new-marketing intern-at-the-time, plays guitar in the band Wire Faces, one of the unlucky groups who had their gear stolen — much of my swearing was on his behalf.

Angel and I wasted no time in asking Ian what kind of conditions local musicians were accustomed to practicing in (spoiler alert: deplorable) and what they really required and desired in a workspace. From there, it was easy to see how very similar the whole thing is to creating a coworking space. First step? Don’t build the physical space without first reaching out to the community who will use it. Because “if you build it, they will come” only happens in baseball movies.

Once it became clear that we were going to do this thing, all sorts of activity started happening. Angel christened the not-yet-existing-space, because things need names; it’s called Cohere Bandwidth, of course.

We put together focus groups and surveys for local musicians, and we fed them pizza and beer while we heard their plight. We went on field trips to garages and living rooms, and dragged Ian along with us to various rehearsal spaces in nearby Denver. And all along we kept asking questions, questions, questions. Because just like with coworking, what really matters most in the success of the space is the people more than the structure. Trust is huge, and while “security” is obviously an important aspect for the musicians looking to share space, there’s also an element of trusting the space catalysts, too. Are they in it for the community or do they do it all for some hidden agenda? Are they really even listening?

Can you hear this?

Speaking of listening, one of the things that is of paramount importance to musicians in terms of their workspace is sound. It’s kind of like the equivalent of WiFi in a coworking space — you absolutely cannot screw around with making sure it’s reliably perfect. What we learned in our research is this: doing sound right is really, really expensive. And really, really worth it. Because just like with coworking, your community extends beyond just the members or musicians using a space, it includes neighboring businesses. And your landlord. A stumbling block that musicians have long run into is noise, or even the perception of noise, because believe it or not, there is not a waiting list of local businesses hoping that a rock band will take up residence in their building, or even the building next door.

As I type this, sitting at home in my armchair, there is a drummer practicing in the house a couple doors down. I can hear it, and I’m annoyed, and no, the irony is not lost on me. Music is loud, and we’re learning just how loud, and exactly what it takes to mitigate the loudness. Mostly? Money. So much that you might as well soundproof the walls with cash.

We are very fortunate here in Fort Collins for lots of reasons, one of which is that people will pitch in to support a cause they believe in. There are plenty of people here who believe that music matters, and they’ll put their money where their mouth is. In the summer of 2013, we launched a crowdfunding campaign through Community Funded and raised more than $6000 to put toward the project. That was great because in order to truly soundproof a rehearsal space what we like to call ‘the right way,’ it seems we’ll need thousands of dollars just to have an acoustical engineer come in and tell us how many more thousands of dollars it will take to do it.

Soundproofing is a big and risky project to undertake without the right relationships in place because unless you own the building you’re about to sink a gazillion dollars of relatively permanent property improvements into someone else’s asset. Which led us for a few moments in time to consider an out-of-the-box option which was actually in a box: buying portable soundproof rooms. However, after asking Ian’s drummer Shane to do a test drive in one of these rooms, we discarded that option (and yes, we have him pictured wearing a Dr. Who scarf because it was freezing in the warehouse where we did the experiment, and incidentally, it’s often freezing in the spaces where many musicians practice, and that seems inhumane to us).

The bottom line is that some serious cash will need to be spent on Cohere Bandwidth. To offset that, our city’s Office of Economic Health has recently invested in the Cohere Bandwidth concept, via a grant proposal we wrote and a sponsorship opportunity they in turn presented, so we have some additional support, and that feels especially good. Because while the benefits of the freelance economy are becoming more clear to people in terms of economic health, investing in the creative workforce — including musicians and the infrastructure required to support their craft — is not necessarily a no-brainer for many citizens. Like I said, we’re fortunate in the Fort.

Rock and a hard place

So if you’ve been doing the math, you’ll recognize that we’ve been working on this for more than a year. We’re going on 15 months, in fact, and that feels like forever, and we still don’t have a physical space for Cohere Bandwidth, and it’s kind of making us crazy. Angel and I are used to traveling at light speed, not sound speed, but we’re also learning to trust the process versus rushing the result. We have had some interesting opportunities, seen some outright hovels, and even encountered one landlord who was reluctant to rent to us because it might disrupt the reptile breeding facility next door. Yes, we are less attractive than snake sex. And yet, we’re getting closer. We have a couple very solid leads, and while no leases have been signed yet, the people we’re talking to are similarly committed to the cause. It’s just coming down to ironing out the logistics — square footage, security systems, power, and sound, sound, sound.

Every time we feel like throwing in the towel, we get re-inspired, either by some horror story about a band, or an inquiry from a musician who needs a place to play, or even by someone else making something beautiful out of the seemingly chaotic. And the very best part remains the community — the music community, the coworking community, any community, it doesn’t really matter. Because if you’re talking about community, it’s not “if you build it, they will come.” We haven’t built the place yet, but we’re already here.