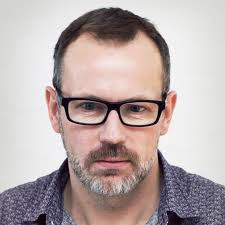 Patrick Foster is a writer and ecommerce expert from Ecommerce Tips, an industry-leading ecommerce blog dedicated to sharing business and entrepreneurial insights from the sector.

While European VC funding is still not quite on par with its US equivalent, European startups secured 19 billion dollars of funding in 2017. This is a one-third increase since 2016.

“Just look at companies like Spotify, Skype, TransferWise, or BlaBlaCar: they are European unicorns. The biggest startup events take place in Europe. The level of capital available has skyrocketed in the past years,” French billionaire businessman Xavier Niel has said.

Europe’s tech workforce is also growing significantly faster than overall EU employment, and there is agreement across the region’s tech entrepreneurs that their startups will play a critical role in helping governments tackle societal issues like climate change and food sustainability.

As tech startups continue to pop up across Europe, alongside them are hundreds of coworking spaces, incubators, accelerators and so-called “meanwhile spaces.” Already today’s tech giants are turning these spaces into startup incubators and accelerators. Google’s new Berlin campus has now joined the tech giant’s outposts in London, Madrid, and Warsaw. Google claims that startups created and nurtured on its campuses have raised over €260 million in capital and created more than 4,600 new jobs.

Facebook is not far behind, either. Its Startup Garage encompasses 366,000 square feet of office space at the heart of Paris, with over 3,000 rentable desks available to startups, making it the world’s largest startup campus so far.

But despite all of the successes, compared to Silicon Valley, European coworking spaces are moving forward with some caution.

While it is now considered “culturally acceptable” for anyone to start their own company, and technology makes running a business viable no matter your location or budget, old-school attitudes about traditional career paths (and traditional offices) still linger. A stronger fear of failure, a hesitancy around innovation and a lack of aggressiveness are all still hindering the growth of tech startups, which in turn hinders the growth of European coworking spaces.

Martin Macmillan, the founder of Pollen VC and a member of RocketSpace, one of London’s most prominent coworking spaces, compared London to the San Francisco Bay Area. “In London, the community is not nearly as evolved. While the meetups are better than they were before, the greater volume of events in Silicon Valley, and the propensity of people prepared to go to them, fuels some of the famous serendipity of ‘just being there’ in the Bay Area.”

Beyond the question of culture and attitudes is another challenge specific to Europe: the layout of the average city. In dense urban areas, the need for affordable housing can push affordable workspace down the list of political priorities. One path forward could be urban policy that blends affordable living quarters with innovative workspaces. For its part, The European Coworking Assembly advocates for opening up unused city spaces, limiting taxation on early stage spaces so they can focus on growth and long-term sustainability, and promoting coworking space as a necessary lever for innovation.

There is a sense that new regulatory policies will better enable the flow of capital and investment, and that new initiatives will continue to bring even more top tech talent to Europe. With major players pumping funding into European startup incubators, Europe’s new status as a major startup hub is not going anywhere. The question is what it will take to keep it that way, and whether coworking there will grow apace.