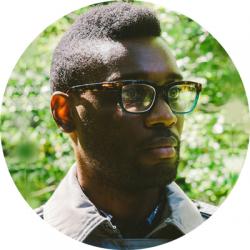 Shaun Scott is a Seattle-based writer and filmmaker whose reflections on race and popular culture have appeared in The Monarch Review and City Arts Magazine. Look for his forthcoming book Millennials and the Moments that Made Us: A Cultural History of the US from 1984-present in Autumn 2016.

With singles from her latest #1 album dominating Billboard and her biggest rivals in a state of repose, Grammy Award-winning pop icon Taylor Swift recently set her sights on frying a proverbial bigger fish. The platinum recording artist behind the anthem “Shake It Off” took on Apple last week, authoring a poignant letter urging the tech giant to consider compensating artists during the first three months of the company’s new music streaming service. On the surface, the controversy ended to everyone’s advantage: Apple’s quick reversal of its policy made the company seem benevolent, Swift appeared powerful for successfully pushing the envelope, and the independent artists she stood up for have one less avenue of lost revenue to lose sleep over. But as with many headline achievements in the 21st century, certain questions linger about the durability and deeper meaning of surface-level successes.

In recent history, America has had a knack for appropriating rebellion before it grows into full-blown revolution. The effect is achieved by maintaining a semi-liberal attitude to progress on the levels of aesthetics and personal autonomy, while simultaneously resisting economic reforms that disturb entrenched private interests. As a result, The United States is a place where a Black president presides over a bulging prison population overrepresented by African-Americans, and where corporations like Apple serve as information brokers that skim profits generated by creative content before the leftovers trickle down to artists who are expected to be happy with the “exposure.” There’s a reason an image of an iMac is on the cover of sociologists Eve Chiapello and Luc Boltanski’s groundbreaking tome The New Spirit of Capitalism: as the American Century faded into the new millennium, no company better represented the promise of personal autonomy in the midst of widespread precarity than Apple.

In the glut of writing that has recently surfaced about Millennials, the point is seldom made that, as a generation, we’ve lived our entire lives having never experienced a functional economy. In our lifetime, devastating recessions have occurred with about the same regularity as presidential elections. Our arrival runs parallel to the rise of a new status quo that was born in the Reagan 80s, reached puberty in the 90s, went away to war in the 2000s, and came back to a foreclosed home in the 2010s. Over the decades, some have said this status quo’s hallmark is “privatization,” others label it “globalization” or “neoliberalism.” Quibbles aside, serious observers agree on how socioeconomic life in America was organized when the so-called golden age of capitalism ended in the 70s. Blocs of deunionized laborers with versatile skill sets were paid low wages that stayed low because globalization brought access to a world-wide web of desperate workers. It is in this context—the condition of low-wage globalized labor—that situates Swift’s criticism of Apple. Her letter made waves because it stood out: pop stars rich in cultural currency are rarely the voices that critique economic exploitation.

Like LeBron James and Mark Zuckerberg—both also known for turning their professional status into a platform for broader social issues—Taylor Swift is a Millennial. This generation of Americans born in the early-to-mid 1980s, according to the demographers that coined the term, has a deeply rooted need for greater purpose through employment. One may wonder whether this characteristic results from witnessing how the generations before us allowed the American social contract to be rewritten by unscrupulous business interests. We have been abandoned by corporations that outsource jobs with the help of measures like the Trans-Pacific Partnership that was passed the day of Swift’s showdown with Apple. Many of us have nevertheless learned to behave like multinational companies: devoted to an ethic of global competition and ever in search of ways to bolster our “personal brand.” If criticism from a photographer who disagrees with Swift’s draconian image-use policy is to be believed, Swift is quite comfy with this state of affairs.

In this context, I hear her latest album, 1989, as an artifact of the Millennial homo economicus. Your office job is asking you to do more outside of your official job description, but refuses to up your pay-grade? Suck it up for two more weeks so you can put the temp gig on your résumé, and then “Shake It Off.” Throughout 1989, Swift seems to think the Hunger Games-like world of tenuous relationships and tattered bonds is as much an endearing feature as it is a systemic bug. In a manner of listening, the album can be heard as a kaleidoscope of attitudes toward devotion in a world devoid of it: the wish to commit and be committed to (“All You Had To Do Was Stay” and “I Wish You Would”), celebration of the murky middle ground between monogamy and meaningless tryst (“Blank Space,” “Style”), and the inevitable separation anxiety that comes from walking out or being walked-out on (“Bad Blood” and “Wildest Dreams”). Swift’s voice soars in search of integrity, unable to reconcile the pain of betrayal with the fact of her own willing participation in an unprincipled world.

As Mark Fisher reminds us in Capitalist Realism: Is There No Alternative, Taylor Swift’s birthyear of 1989 was when “we found ourselves at the notorious ‘end of history’ trumpeted by Francis Fukuyama after the fall of the Berlin Wall.” In the decades following that momentous event, “capitalism seamlessly occupied the horizons of the thinkable,” as it became increasingly clear that all improvements to the American status quo would have to come from within and not from an imported ideology. In his inaugural address as the first president elected at the close of the Cold War, Bill Clinton put it succinctly by asserting “there is nothing wrong with America that cannot be cured by what is right with America.”

Since essentially conservative forces rely on diverse faces to maintain the pretense of tolerance, opportunities will always exist for marginalized communities and progressive causes to ride Trojan Horses on the way to real reform. However adept America has been in patching-up crisis after crisis with little structural change, past performance doesn’t have to be a guarantor of future results. What remains to be seen is how or whether the Millennial response to our inherited condition will be mounted: whether the politics of cultural appeasement will continue to carry the day, or whether a structural shift away from economic insecurity and inequality will be part of this generation’s legacy when our history is written. The past weighs heavily on the shoulders of Millennials, but the future is a letter that hasn’t yet been written.