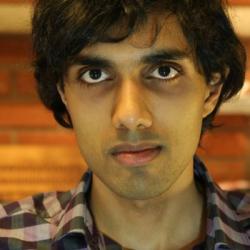 Stefan is a writer and marketer at Share Your Office. He follows startup culture, media, and technology.

There’s no end to the positive press coverage that the major urban coworking spaces receive. It’s with good reason that both tenants and journalists are optimistic about coworking: who wouldn’t be impressed by its decisive, playful rejection of traditional corporate hierarchy? Step into a WeWork location and it feels like a cross between an office and a central building on a college campus. With convenient amenities, bright minds, and a fun social vibe, the concept of coworking spaces has won the hearts of many an aspiring entrepreneur.

But the owners of these spaces will have to rely on more than first impressions if they want to retain customers.

Flashy amenities and luxuries don’t address the customer’s core needs. People don’t rent office space to relax or to feel like they’re in a hotel; they do it to work. A journalist sent to cover a space or a prospective tenant taking a tour might be impressed at first glance, but they have not yet seen how well they would work in these environments. Of course, the news articles will come out as glowing reviews because the places seem like good environments to work in, but are they really?

The ultimate test an office space must pass is whether it actually makes its occupants more productive. It’s easy to argue that unhappy workers are unproductive workers, but the same could be said about workers who are surrounded by distractions all day. If coworking space tenants find that their productivity has decreased despite the fun they’re having, they may be less inclined to keep paying for the space. Eventually, the novelty will wear off and they’ll return to a more efficient workplace.

And why shouldn’t they? Both entrepreneurs and freelancers need to get work done; it wouldn’t be cost effective to pay for a coworking space and treat it as a bar, instead of just going to a real bar after work. Coworking space providers need to realize that they’re solving a deeper consumer need than the desire to have fun at work.

This issue is part of the greater dilemma that companies are facing with regards to employee motivation. Even traditional industries are beginning to change: a writer from the Australian Financial Review recently told a story about a senior banking official she met who was bragging about how little he had to work to get his job done, whereas a more common boast would have been to point out just how much he worked. He valued work/life balance more than the average banker, but his bottom line was still efficiency. A person like that wouldn’t be happy in a coworking space if it made him less efficient.

Similarly, Share Your Office reported on the trend toward “work/life fit” rather than work/life balance. Balancing fun and work isn’t always possible. As the line between work and fun starts to blur, you end up with guilt when you’re having fun and unproductivity when you’re working. Some are proposing that we aim for an integrated lifestyle where work and life aren’t distinct, clashing forces.

Plenty of coworking spaces are still doing a good job. Looking at the sheer variety of coworking spaces available in the U.S., from creativity-driven studios to offices that double as accelerators, it’s clear that plenty of people feel at home with shared office space. The space providers wouldn’t be in business if the tenants weren’t satisfied on some level.

But to ensure long-term profitability, coworking space providers will have to keep it this way. If they let press coverage outweigh the importance of solid fundamentals, they will find themselves with tenants jumping ship after two months when they realize they’re paying for a glorified hotel.