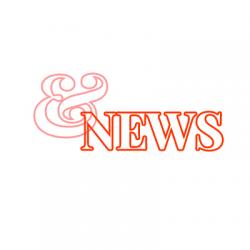 UPDATE – August 31, 2018 – New Worker Magazine’s NYC Coworking Map no longer contains links for WeWork, nor major flexible office space brands like Regus or Knotel. The official reason is simple enough: They are not coworking spaces. Knotel, with multiple locations in NYC, has told the press “It’s important to note we are not a coworking space.” Regus was around before coworking and continues to focus on short term office rentals. WeWork, for its part, has regularly described itself as not being a coworking space; after growing to over 40 locations in New York City, they began to overwhelm this list. (The unofficial reason we stopped including the major brands is that they’re easy enough to find on their own; including them adversely impacts the signal-to-noise ratio of the map.)

NEW YORK – March 28, 2016 – Anyone who’s considered coworking starts off by doing some basic research, but in New York that’s easier said than done. In a city with well over 100 coworking spaces, there are plenty of resources, but not many are comprehensive or well-maintained. An interactive list and map of every coworking space in greater NYC, released today by New Worker Magazine, is the first of its kind for New York City.

“New coworking spaces are opening and old ones are closing all the time. It’s not easy to keep up,” said Melissa Mesku, creator of the NYC coworking map and founding editor of New Worker Magazine. “I can see why there wasn’t yet a comprehensive list, let alone a map – it’s a lot to maintain. But we’re in a good position to take it on because we’re already deeply embedded in the coworking world here,” Mesku said. The magazine is based in New York City and focuses on the future of work and the global coworking movement.

The map features an unbiased randomized listing of every coworking space and shared workspace in New York City’s five boroughs (Manhattan, Brooklyn, The Bronx, Queens, and Staten Island) and Long Island, New Jersey and Westchester. The data – 123 workspace locations and counting – is available open source for non-commercial use.

A number of coworking lists in New York have appeared over the years. Brokelyn magazine put out a comprehensive list for Brooklyn in 2014 and 2015; in 2014, AlleyWatch put out a list of NYC coworking spaces. Dozens of short personal lists exist, including those that feature points plotted on a Google Map, but few are updated.

At one point in time, the most comprehensive map for the five boroughs of NYC was maintained by Digital.NYC, the official online hub of the NYC startup and technology ecosystem. Managed by the municipality, the Digital.NYC map is a solid resource for office spaces within the NYC city limits. However, its scope goes beyond coworking – a large number of its listings are startups and private companies with available desk space – and its focus is limited to the five boroughs, not outlying areas.

“We’ve been contacted for years by people looking for a resource that focused on coworking spaces specifically,” said Mesku. “I’m a web developer and designer so I figured, ‘Screw it, it should exist. I’ll just build it.’”

The list and map are intended to aid the coworking curious in their search, and can easily be used by journalists and local businesses. New Worker Magazine also provides a resource for journalists, the Coworking Press List, which it has maintained since its inception last year.

With well over 100 coworking spaces, the greater New York City area ranks second in the world. The city had the greatest density of coworking spaces through October 2012, and in 2013 was surpassed by London according to the 2013 NAIOP Commercial Real Estate Development Association report.

Check out the map here: newworker.co/nyc-coworking-map