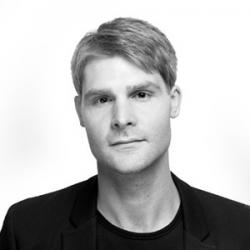 John Klein is a research scientist at MIT and an architect and Principal at John Klein Design.

With increasing demands placed on the planet through population growth and urbanization, energy remains one of the biggest challenges of the 21st century. Buildings are one of the largest consumers of global resources and all energy produced, and are primary contributors to greenhouse gases and solid wastes. At moment when the built environment is faced with dramatic shifts, the need for energy-intelligent building prototypes is more significant than ever.

Mass timber, a wood-based building design and construction technology, has received attention over the past few decades given its efficiency, speed, precision and versatility in construction for low to high-rise applications. Mass timber buildings are becoming more common throughout North America, most notably due to the technology’s environmental benefits and the potential impacts it can have on America’s forest health and restoration. MIT Mass Timber Design, a design workshop at the Massachusetts Institute of Technology, has explored the design and engineering potential of these technologies and developed a mass timber-building prototype: The Longhouse.

The longhouse is a building type common to historic settlements across the world and through history, finding use in the Americas, Asia, and Europe. Longhouses served many functions for these historic communities, but were almost always civic or multi-family in scale. They were often places of community gathering, civil government, communal work, and an overall space for knowledge exchange. The MIT Longhouse is designed for shared communal spaces that builds upon this rich cultural icon.

The Longhouse is multi-functional building, designed to accommodate a range of event scenarios from co-working, exercise classes, social mixers, exhibitions, dinner gatherings and lectures. In order to achieve a large spanning high bay space for flexibility, the building is engineered as a series of timber laminated veneer lumber (LVL) arches spanning across the building’s shorter dimension. Each arch utilizes a thin-walled triangular profile to minimize deformations in the structure and provide overall rigidity to the building.

The building design additionally integrates sustainable features to become an energy producer. The building orientation and the depth and angle of the sawtooth roof can be tuned for local solar conditions and natural daylighting needs. A low window to wall ratio with a highly insulated envelope allows for an energy efficient building. The project utilizes Computer Numerically Controlled (CNC) manufacturing processes to enable a prefabricated modular system for efficient assembly.