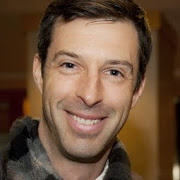 Michael (Miguel) Guerrero is cofounder of Elder Care Resource Planning, an advisory firm for financing long term care for elderly Americans. Originally from Pennsylvania, Michael has lived in several places outside the US, including Norway, Honduras and Canada. Michael studied political philosophy at Reed College and obtained a Masters of Business Administration at University of British Columbia. Michael currently lives in Puerto Vallarta with his wife and works out of Vallarta Cowork, a coworking space that he cofounded in 2016.

My story is not a typical one. I had no idea what I was going to do when I set out to try something new, but in the end, I became co-founder of a company and of a coworking space while living abroad in Mexico.

My brother, who had seven years before quit his day job in digital marketing in the Bay Area, had relocated to the small town of San Francisco (“San Pancho”) on the Pacific coast of Mexico. He had built a web-based business, it was doing well, and he needed a hand. We assumed that although we did not know exactly how we were going to do it, we would figure something out that would allow him to pay me a modest wage.

The earnings would be such that I would not be able to continue living in Vancouver, BC, Canada. Instead, to decrease living expenses and increase my winter-time vitamin D levels, I joined my brother in Mexico. His business was a website of financial assistance options for American families with an elderly loved one in need of long term care—a large website, but a small business. Instead of taking outside investment, we were determined to make a go of it by reducing costs, the largest of which were our own living expenses. We rented space in a coworking office in Sayulita and got started on testing ideas for extensions or related businesses in the senior care financing area.

After a few wrong turns, we decided to launch a new brand to offer benefits planning services for seniors needing long-term care and for families trying to save money. Thus, our company—Elder Care Resource Planning—was born. We offer affordable professional guidance on the programs available to pay for elder care. Unlocking long-term care benefits can be worth thousands of dollars per month. We know the tortuous pathway through the bureaucracy to reap these savings.

In having worked at the coworking office there in Sayulita, I met a couple of people who would become friends and my future partners in a completely separate venture. This is something that I love about coworking spaces: you get the chance to meet others who are interested in similar things, are highly motivated to get stuff done, and are generally interested in alternative lifestyles.

In March 2016, my fiancée and I found an old Spanish restaurant in the middle of nearby Puerto Vallarta that had shut its doors. We inquired about the space and soon we were signing the paperwork along with our two other partners. Vallarta Cowork opened for business on May 1, 2016—the International Workers’ Day. The dining room would become the shared office area, with small individual offices in the old restaurant’s kitchen. Overlooking the Cuale River, with six large sliding glass doors, we hardly need to turn on the overhead lights—natural light filters through the green canopy of palms and bamboo all day.

Every day, after a quick breakfast at home, I get to the office by bus, carpool, or my favorite way, on foot. My path follows the water, along the side streets and finally along the Malecón, the waterfront promenade. In the morning, it is full of joggers and dog walkers with their morning coffees. Continuing my commute, I drop down to the rocky beach, listening to the sound of the waves gurgle through the round cobbles. Arriving at the office, I pass through a mess of souvenir vendors setting up their wares. Finally, I enter the relative peace of the office, the sounds of the street receding as I climb the stairs to the second floor. Turning on the A/C and attending to any day users needing the Wifi password, I set down to work with the handful of other long-term residents. It’s a life I could not have imagined back when I was in Vancouver.

How I feel now as the “host” of the coworking space reminds me of something I encountered while volunteering one summer on an organic herb farm in central Italy. Our host at the farm once said to me that, although he was not able to travel, for economic reasons, he got an experience that was like traveling: hosting international travelers and getting to know each of them before they moved on.

So far, our members have come from New Zealand, Argentina, Mexico, Czech Republic, Australia, Spain, the Netherlands, Canada, Ireland, France, the UK, and of course, the US. Younger and older, gay and straight, with a comfortable corporate job or a scrappy startup. Each with a story about where they have been, what they have seen, and where they might be going.

As a person who runs a digital company and has relocated to another country, the impact of digital nomadism is something I pay attention to. Often, what I observe are digital nomads who, with their month to month moves from one hotspot to the next, often spend their time with others who are doing the same. In fact, the people they may get to know the most are others like them who move from one city to the next, following the same destination bucket list.

Settling in and learning the language and the culture, talking to and learning the names of the people that you see every day, regardless of their station in life, are intrinsic parts of building a local community. These are aspects of life that I would argue are missing for the average digital nomad.

To be fair, there’s nothing wrong with the desire to maximize one’s experiences of world, to want to see as many places as possible. I am reminded of the EurRail passes that allow high school and university students to spend their summer vacations taking trains from place to place across Europe. Perhaps there’s an argument to be made that it is simply a generational difference, that once one is ready to settle down and have a family, moving locations every few days or few weeks does not sound so romantic or fun. But traveling through so many cities that you hardly remember one from the other seems to miss the point of traveling.

Mexico, and specifically this region of Mexico, has become an intrinsic part of the business model of our company. In my time in coworking spaces here and the extended social networks around them, I have cultivated and built out a tight-knit team of highly skilled expats and Mexican nationals. Our work is customer-focused. We must be able to communicate by phone with our stakeholders during American business hours, and this place allows us to do that as most of Mexico is in line with American (Mountain and Central) time zones. In my case, sticking around and spend the time to really get to know this place affords me deeper meaning, stronger community, and greater wealth.

The dream that many digital nomads share is a beautiful one, but it needs an asterisk. Running a location-independent or semi-dependent business offers certain advantages, and is the basis of the digital nomad life. But going completely location-independent, where one place is as good as another, and where you’re changing locations all the time, prevents you from the learning that comes from participating in and identifying with a place.