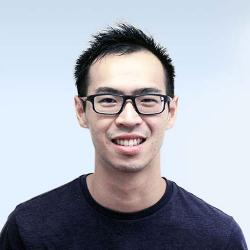 Edwin Ho is a digital marketer living in Hong Kong. An aspiring traveler of Asia and avid football (soccer) fanatic, Edwin is active in all aspects of digital marketing. Find out more about him on LinkedIn.

Work-life balance is the idea of having equal harmony between a job and a lifestyle outside of work. In Hong Kong, it mostly remains an idea. In 2015, the city ranked #1 in worst work-life balance in the Asia Pacific region according to a recent Randstad survey.

Due to the increase in responsibilities and longer working hours that employees now undertake, employees are now finding it increasingly difficult to spend time with their families, pursue other interests or even relax outside of work. This lack of balance remains a major reason that the employee turnover rate is so high.

While working hours seem relatively typical on a global scale — eight working hours, five or sometimes six days a week — Hong Kong bosses expect workers to stay and work longer. This results in employees who consistently work twelve to fourteen hour days. Seventy-five percent of Hongkongers surveyed said their employers expect them to be available outside of regular office hours – and 77% said they felt they had to respond to emails and calls even when on vacation. This is especially true for employees in the finance industry, but is generally considered normal in Hong Kong. With an average of 10 days’ annual holiday leave, the people of Hong Kong struggle to find time out of their busy work lives to properly relax and regenerate, especially those who have children.

As is common around the globe, people in Hong Kong work as hard as they do in the hopes that their labor is rewarded with increased pay and promotions. But due to high living costs in Hong Kong which increase all the time, employees are under pressure to provide for their families and prepare for their future. Hong Kong does not have a guaranteed income scheme after retirement, and the burden for those social costs falls directly on the working public.

Work-life balance may shows signs of improving in Hong Kong; some expect its ranking to drop to second place in worst work-life balance in 2016. One reason is the long-standing demand that work-life balance become a higher priority to employers. Some employers are responding by providing employees the ability to work more flexibly. “[W]ith an unemployment rate as low as 3.3%, organizations in Hong Kong are pressed to provide more than just competitive salaries to attract and retain talent,” said Peter Yu, Director of Randstad Hong Kong.

According to Yana Robbins, founder of Hong Kong’s first print publication dedicated to startups and entrepreneurs, Jumpstart Magazine, there are currently just over 50 coworking spaces in Hong Kong. Recently an organization called Urban Group launched their own coworking/serviced office space in Central Hong Kong called Urban Serviced Offices. Joining the other coworking spaces in Hong Kong, they are using everything they have at their disposal to communicate that message from their architecture, decor, and events, attempting to persuade clients who rent their coworking spaces and serviced offices to socialize with each other during and after working hours as one way to improve work-life balance. In a city with a relatively low number of coworking spaces per capita, some are now starting to take advantage of flexible working hours and location as one way to improve balance in work and life.

However, this is only the beginning. Hong Kong still has some time before such improvements become widely available and before other models of better work-life balance become the norm. “Companies need to have a clear mindset that overworking does not result in productivity,” said Yu. “To successfully manage a high-performing team, employers need to promote work-life balance.”