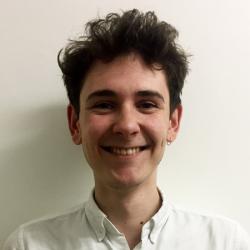 Head of Public Relations & Communications at Free Office Finder, Henry writes about office space, coworking and how technology is changing our working lives.

In 2009 a pseudonymous person or group of persons, Satoshi Nakamoto, announced the release of Bitcoin, the world’s first cryptocurrency. It was designed to bypass the traditional financial system supported by banks and governments in favor of peer-to-peer transactions undergirded by the “blockchain,” an encrypted ledger made by combining several pre-existing technologies in an innovative way.

Since then, Bitcoin’s value has increased exponentially, reaching highs of nearly $20,000 in late 2017 as consumers and small businesses increasingly grew aware of the potential of cryptocurrencies. Countries and cities across the world are jostling to become hubs for these new technologies, from Slovenia and Malta to New York and London. There has been in recent years a proliferation of start-ups offering new cryptocurrencies (Ethereum, Ripple) and start-ups promising radical new applications of the underlying blockchain technology. The coworking market is no exception, but questions remain about the viability of cryptocurrencies and just how these technologies might be used to transform and disrupt the office space industry.

Will cryptocurrencies work as currencies?

Cryptocurrencies do have one important advantage over their traditional peers. As you might have guessed from the name, transactions made through the blockchain (the digital ledger that records all transfers within the system) are encrypted and anonymized, protecting the data of individuals and companies participating in transactions. The encryption is also irreversible, meaning that unlike in traditional banking, there is no chance of a hacker gaining access and stealing valuable information.

Also, in theory, Bitcoin will allow coworking spaces access to more customers. Why not accept as many different payment options as possible – the more you accept the more potential customers will be able to access your services. The flaw in this argument, at least for now, is that cryptocurrencies don’t currently function for the majority of their users as effective currencies, but as stores of value.

Bitcoin’s wild volatility over the course of 2017 was reflected in the price fluctuation of other cryptocurrencies such as Ripple, whose rise briefly made one of its creators one of the richest men in the world, ahead of Mark Zuckerberg, due to a 35,000% appreciation in value over the course of a year. Cryptocurrencies currently resemble the stock market far more than they do IRL currencies, such as the Euro or the dollar.

Moreover, transaction costs for Bitcoin in particular are high – averaging around $30 in recent months, and this problem is compounded by slow processing times that at points in December of 2017 reached as much as 55 hours.

While several coworking office spaces have started to accept Bitcoin, this can, except in certain cases, be read as an instance of supply pre-empting demand. There are cryptocurrency-focused spaces and incubators where it makes commercial sense to accept payment in as wide a range of cryptocurrencies possible, but for the majority of offices which currently allow Bitcoin payments, it appears that this is far more an effective marketing and publicity tool or a statement of values than it is a business-driven decision.

This isn’t to say that the kinks in the system won’t be worked out in the future, but that for the time being at least, cryptocurrencies are more a marketing strategy than a central part of a coworking space’s business.

How can the blockchain be applied to coworking?

The blockchain is the innovation that made Bitcoin possible. It bundled a set of pre-existing technologies in a way that allowed as venture capitalist Marc Andreesen puts it, “for the first a time, a way for one internet user to transfer a unique piece of digital property to another internet user, such that the transfer is guaranteed to be safe and secure, everyone knows that the transfer has taken place, and nobody can challenge the legitimacy of the transfer.”

The Dutch coworking business Primalbase closed an Initial Coin Offering in June 2017. They were selling Primalbase tokens, a digital currency built on blockchain technology, which entitle the owner to lifetime membership in one of the company’s offices. The owner also has the right to rent or sell their tokens as they see fit. Primalbase is attempting to turn members into part-owners, going all-in on coworking’s emphasis on community by creating an ecosystem in which one can share, sell, or rent out office space using the blockchain-based tokens.

The advantage of blockchain is that it cuts out the middleman – it’s peer to peer, bypassing banks and traditional financial institutions and therefore the potentially onerous bureaucracy and paperwork that they may entail. This makes it much easier for certain kinds of relationships. In the Primalbase example, the transparency and trust inherent in a blockchain ledger make it far simpler to rent out a part of a coworking space you own by transferring a blockchain-based token from peer to peer than by transferring a piece of property through an intermediary third party. The contractual relationship can be encoded into the token, making the process transparent and protecting the system from fraud.

In Primalbase, we can see the ways in which cryptocurrency technology may make its mark on the coworking industry not by creating something utterly new, or by disrupting everything to oblivion, but rather by facilitating certain kinds of relationships in a way that make them more effective and commercially viable.

Coinspace is another example of where coworking and cryptocurrency meet. According to Technical.ly, Coinspace is the first blockchain coworking space in the United States. Founded by Solomon Lederer, the goal of the space is ultimately to operate as a decentralised autonomous organisation governed by its members using blockchain-enabled voting technology. It aims to be, essentially, a co-op run through blockchain. The influence of crypto-tech here is not in radical reorganisation of existing norms; instead, it is in making certain organizational models more possible and more practical.

As Dmitry Faller, chairman of the advisory board at Primalbase noted recently in an interview, “the entire shared workspaces model and the whole idea of constructing such a workspace does not need to implement blockchain.” He argues that its real use is not in reinventing the wheel but as a “way to provide services and access to the infrastructure.”

Coworking spaces, cryptocurrencies and the changing nature of work

Blockchain and cryptocurrencies may also make it easier for coworking spaces to adapt to the changing nature of work. Teams are more flexible, non-hierarchical, fluid, mobile and dispersed than ever before. Work is increasingly oriented toward completing projects rather that fulfilling a role.

Coworking already taps into and benefits from this, allowing companies to rapidly scale up and down as needed. Blockchain tech like Primalbase can supplement coworking’s existing offer, enabling companies to react to the space demands created by their mobile and shifting workforces while ensuring that profit during periods of slack demand is maximized by renting out space when it’s not being used. It’s not necessarily something that can’t be done without the blockchain, but it’s made easier by it.

What does it all mean right now?

For now, cryptocurrencies are yet to truly be proven as effective and consistent means of exchange. Their prices fluctuate wildly, their transaction costs are inconvenient or genuinely onerous and their processing speeds can at times be glacial. This may change – the kinks may be worked out, the flaws dealt with, and the challenges overcome – but, until that point, cryptocurrencies are for the coworking industry a solution in search of a problem, and not even a particularly effective solution at that.

Similarly, the blockchain is not without its problems. Naval Ravikant, founder of a blockchain-based business, has said that blockchains “are incredibly inefficient.” He continued that while “it’s worth paying the cost when you need the decentralization, it’s not worth it when you don’t.” Blockchain technology can be slow, unwieldy and expensive. It has powerful and useful applications – we need look no further than Primalbase and Coinspace to show that – but for most coworking spaces, the jury is out on whether blockchain can help them do business better.

So far, the effect cryptocurrencies and blockchain technologies have had on coworking and the office industry in general is limited. This is entirely unsurprising. It’s an eight year old technology which for significant parts of its lifecycle has been seen primarily as a libertarian and anarchist method of resistance against an overweening and invasive financial system and the influence of central banks. It has only been in the last year that the general public has started to become aware of Bitcoin, let alone Ethereum, Ripple, or any of the other rapidly proliferating digital currencies on the market. This doesn’t mean they won’t be transformational in the future, but for now at least, the likely and sensible approach for most companies will be to wait and see.