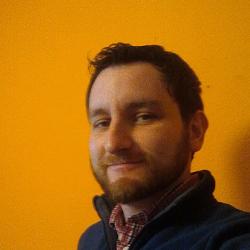 Carlos Almansa writes for Zona Coworking and coworks from Madrid. As co-founder of Nexudus Spaces, he has worked with coworking spaces around the world to help them automate daily processes and create synergies between members. He also started Cowodoodles, a collaborative visual gallery of coworking images.

People are sharing workspace and coworking is becoming a norm. Now, an older sharing concept — bartering time and skills in lieu of payment — is making a comeback and it may be happening in a coworking space near you.

The economic situation is tough in many European countries, and one of the consequences is that sharing economy is blooming. Every day people are coming up with new ways to share resources, collaborate with each other, and do business, regardless of their financial circumstances. Bartering, the exchange of goods or services without a monetary transaction, is the original sharing economy: around long before bitcoin, bartering is older even than money.

Lanau Coworking, a space based in Madrid, started what they call co-bartering a year ago. The deal is that coworkers can join the space by providing services instead of paying for a full membership. The program was created for entrepreneurs to access coworking spaces despite a lack of funds. Members who use co-bartering essentially pay the space with their communication services and skills in social media, translation, and other tasks such as spending time on the reception desk.

How co-bartering is being used in coworking spaces

I had a chat with Oscar Pastor, one of the space managers at Lanau, to get a deeper understanding of how co-bartering works in their coworking space.

Carlos: What made you think of the idea of co-bartering?

Oscar: We had started the space with the idea that we’d gather a community of people in “la nau” (the ship) and start a trip together. We also needed to build a team just to run Lanau. When we opened, we had to carry out a number of everyday tasks and our skills were limited in some areas, like managing our social media accounts. From the beginning, we thought of Lanau as a way of creating employment but because of the economic crisis it has been difficult. We got in touch with a community of entrepreneurs who couldn’t to join a coworking space — they’d started their projects but didn’t yet have an income. That’s when we realized that co-bartering could mean a great deal for both sides.

Carlos: This can really help entrepreneurs and freelancers who are just starting out. How did you do to spread the word?

Oscar: Actually, co-bartering has been one of the things that has helped us most to get into the media. People have been really receptive to the concept. A year ago we started a campaign called “+Culture” and one of the promotions was to give vouchers for courses that took place in Lanau when people bought a book in the bookstores around the neighborhood. It worked well with independent shops. Funny that when we tried to do something with big brands it didn’t work.

Carlos: What are some ways your space is using co-bartering?

Oscar: Having co-bartering lets us explore other areas we want to move into. For example, we are getting co-bartering help in building a database and platform to promote the activities and services of the space. Some people contribute content about the activities taking place in our community, which is a great application of co-bartering: when content comes directly from members it’s better than we could have created ourselves. Right now, co-bartering members also contribute to our communication and social media, and some help us staff the reception desk for a portion of the day.

Carlos: What would you recommend to other spaces that may be thinking about getting into co-bartering?

Oscar: Although I’m convinced that many coworkers don’t maximize the program as it was designed, it’s still been beneficial for the space and for the members who take part. In our experience, we would say that it’s really important to give coworkers an active role in the space. Pushing bartering forward also helps us create networks among members of the community.

In my opinion, co-bartering may at first glance seem to be a simple replacement of the traditional commercial transaction. However, in the coworking context, co-bartering provides an additional social benefit. The typical economic exchange isn’t just being replaced by the lending of skills, it’s replaced by more involvement in the space and the community. The type of co-bartering taking place at Lanau has given members key roles. That strengthens the community and helps co-barterers and their projects to grow and succeed.Coworking spaces are designed to boost bonds, openness and collaboration, and co-bartering can play an integral role in enabling that.

How are coworkers liking co-bartering?

I also had a chat with Miriam Meda, a journalist who is currently practicing co-bartering in Lanau.

Carlos: Tell us a bit about yourself

Miriam: I’m a journalist. I used to work for brands and public administration but due to the economic crisis, work ended and I decided to freelance and start my own project.  The main difficulty when you start a project is that the expenses are way higher than your income, so working at home was one way to save money. But it has its disadvantages, like having to receive customers in the living room or suffer constant distractions. At that time I knew very little about coworking but I decided to have a look into the spaces near me and found Lanau and co-bartering. The philosophy of the space and the bartering program made me get into the space.

Carlos: How does co-bartering work for you?

Miriam: I have an agreement during the first six months to do services related to my skills in communication. Here I’ve done proofreading, drafted press releases, things like that. I also help for some hours at the reception desk. In exchange I have a place to work, to receive clients, and a chance to take part in the coworking philosophy and community, which I am enjoying. It’s had a positive impact on my project, beginning with the obvious saving of money. The coworking spirit allows me to meet other people like me who are working hard to make their projects become real.

Carlos: How do you see the future of coworking?

Miriam: Nowadays I think that collaboration is the only possible way to overcome difficulties — and the difficulties of the economic crisis. So getting to know people like the space managers who run these spaces where people can interact and collaborate with each other is surprising and hopeful for the future of humankind. So I predict a long life for coworking spaces, as long as the public administration doesn’t put restrictions on the movement.

If we look around us, we can find other spaces in Spain, apart from Lanau, which practice bartering in this sort of informal way. For example, Alberto Pérez from workINcompany told us that when its founders opened their coworking space, they kept their day jobs and really needed help from members. A number of members helped out, whether on bigger projects or straightforward things like performing the opening and closing of the space. Later on as the space grew, so did its needs, which increased the opportunities to have members contribute. While they didn’t call it co-bartering, members of the space would receive a reduction in membership costs in exchange for lending their skill in graphic design, translation, communications, etc.

Collaboration is the DNA of coworking spaces and that co-bartering represents a great method of maximizing its potential. When both sides get something positive out of it, everyone wins.