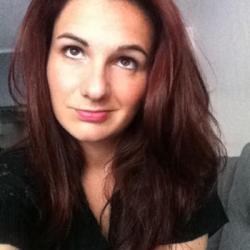 Elodie Larousse coworks from the Satellites in Nice, France. She works for web agency KAONET where she is in charge of clientele and web project management.

New Worker Mag » Coworking » The impact of leadership on community

I’ve coworked in two different spaces, one in Paris and the other in Nice, France. One was great, the other bordered on terrible. The difference is clearly the culture of each space, but I’ve had to wonder, where does that culture come from? How could one make me want to leave, while another had the power to transform my life?

Four years ago my partners and I were looking for reasonably priced and easily accessible workspace in Paris. Before that I had been working in an office on my own. Coworking was new for me. Going to work every day began to have a totally different meaning: I started working in the company of others. “Company” is an important word here: working with other people was magic. When it was good, at least.

When done right, coworking is about people. It’s above all a community, a work style, and a way of thinking, not merely a workplace. And each place has its own culture. Whether that culture is empowering and positive, or uncomfortable and isolating, depends on one main difference I’ve noticed: who’s in charge.

The effect of leadership (or lack thereof)

In the coworking space I worked from in Paris, there wasn’t a leader, just managers. I met “trainee” managers most of the time, students who were never around and whose main role was to answer members’ emails from afar. Nobody was there to connect the members, and the members felt disconnected from the place. The effect of this is that everyone is at a loss. In this case, we can’t really even refer to the members as a community because there was no feeling of belonging; everyone lives for himself in what is merely shared office space. The space itself in that case is all that counts. The members are not friends, just neighbors at the same table.

Now perhaps that’s not so bad. I’m sure plenty of people are fine with just having a place to work that offers nothing deeper. But a seemingly non-existent culture is still a culture, and it has implications. Take this story for example.

The guilty member was expelled from the space and reported to the police. But the chief manager did not explain the situation to the other members. No formal statement was made to let members know that the problem had been resolved. We learned of the scant details while chatting during cigarette breaks. Had the leader taken a moment to reassure everyone, we could have breathed a sigh of relief. Instead we developed a culture of distrust, marked by whispers and gossip, because we were kept in the dark.

I didn’t stick around for more.

Eventually after a move to Nice I tried coworking again, joining a space called the Satellites.

For starters, on my first day a year ago, the leader took me around and introduced me to everyone. In just a few minutes after walking through the door, I already knew some first names and something about each of the people there. This set the expectation that it was OK – even encouraged – to talk to each other. That first connection with the members was the first step into the community.

Here it is normal to take a minute every morning to say hi to other people, have a coffee with a newcomer, or have lunch together around a table. These simple things establish friendships. We talk about work, but not only work; we talk about our free time, our worries, our interests, our health, our lives and ourselves. It’s almost like having roommates: these seemingly insignificant moments spent every day have a sizeable social effect that endures.

But actions are better than words: we actually do things together. The guys play soccer together in the evening, the girls go running together on Sunday, we organize house-warming parties and we go skiing together on the weekend.

Perhaps the best example of this is how our community came together to start a humanitarian project. We are building an elementary school in Ivory Coast. Each of us contributes something to the project and its wholly run by us.

After only one year of “living” at the Satellites in Nice, I feel at home and the others members are my friends. What a difference from my experience at the other space in Paris.

The role of the leader

Communities have leaders. Whether the leader holds a traditional position of authority, or is just a charismatic person who assumes the role, the leader’s personality, values, and behaviors have a major impact on the culture of the community. In coworking spaces, when I say “leader” I don’t necessarily mean the manager or owner. The leader is the person whose role establishes the culture of the space.

For a leader who takes the role seriously, ensuring open dialogue is essential.

Communication in a group is a difficult dynamic to apprehend. Communication is like love; it requires comprehension, willingness to listen, availability, and a bit of coaching. If we do these things in earnest, the result is beyond imagination.

But for group-wide communication to be supported, the leader must be play an active role. He must be a full-time member. A leader who is present can welcome, inform, explain and get his community to become involved and to evolve. If the leader is determined to organize events and to develop tools that enable members to participate, the game is won. My experience with the space in Paris was that we suffered by not having a leader that addressed these things, and that at the Satellites we have these things in abundance.

Our community in Nice has around one hundred members. So how do we keep this feeling of belonging when there are so many of us?

For one, we have a monthly meeting which provides an opportunity for all the members to participate and draw up a balance sheet of the month gone by. It’s a moment when issues can be addressed, where we can openly discuss what is going well and what could be done better, and where we can pose questions and make observations.

Communication shouldn’t be just one way. In these meetings, the members take the floor. Both parties have something to say that the other should hear. By having an established way to facilitate this exchange, we prevent a culture of whispers and gossip from taking hold. But more importantly than sharing what we have to say is that we “live” theses exchanges for real.

At my other coworking space in Paris, there was only one good thing (alas, just one). One of the more involved managers organized a Thursday aperitif, a weekly event where members could get together to talk and drink in a relaxed atmosphere. Unfortunately, the head manager didn’t want to continue these events. When they stopped happening, we regretted it for a long time. Getting together was the highlight of being at that coworking space, and knowing it wasn’t supported by the management was doubly disappointing.

An aperitif with other members helps tie relationships. Likewise, a handshake is much better than a “hi” by email, and a group meeting around a table is much more enriching than a message on a forum. We shouldn’t forget that!

For when we are away from the Satellites, we have several tools that enable us to stay in contact. On our online forum we share presentations, news, and events, and ask for help when we need it, and we have an active chat line.

Of course there are some phantom members, but I want to insist that even those members who are not necessarily here every day are in some way actively involved in the community. A good culture is strong enough that even when someone isn’t present, it holds, and even when you’re away you feel like you have a home to return to. Contrast this to my other coworking experience, where being in the same room every day wasn’t enough to make us feel we belonged.

In Paris I often lunched alone in front of my computer. Because none of the members invited anyone to lunch, it would have seemed weird if I had done the inviting. After three years in that coworking space, I left Paris. Despite being present every day, I only said goodbye to a few members. Most of them probably didn’t even notice my departure, the chief manager included.

I didn’t know what I was missing. I’m glad I found somewhere else, and I’m still here experiencing something unique. We share, we help one another. Conviviality and mutual exchange are noted features of the prevailing culture and are the values clearly displayed by our leader. This article was written thanks to all the coworkers I have come across. Thanks to them and thanks to the Satellites.

There remains only one more thing to say: Come and visit us! There will always be a member to welcome you and someone will probably invite you to lunch. And you won’t have to whisper.