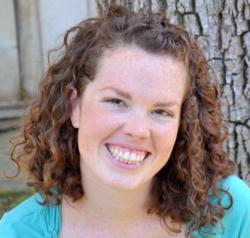 Sara Tiller is a freelance writer who works with small businesses and startups. Although she usually writes business plans and proposals, she has a fondness for data journalism and really great stories. You can connect with her on her website, Google + and LinkedIn.

Both sides of the road are crowded with mom and pop shops. There’s a fitness club, a pizza parlor, two pharmacies and a news agent. With a walkability score of 98 and a farmer’s market twice a week, Newark Avenue in Jersey City, New Jersey classifies as a “walker’s paradise.” But this walkable downtown is hard won. Jersey City is just across the Hudson River from Manhattan, the main borough of New York. Historically, residents of Jersey City have commuted to Manhattan for work, some crossing state lines because they wanted to and many because they had to. New Jersey-based entrepreneurs have often continued the cycle, starting their companies in New York in order to be closer to talent, venture capitalists and startup funding.

In order to keep workers closer to home and help grow the local economy, Jersey City has implemented a downtown revitalization program. As part of the program, something new recently joined the independent businesses along Newark Avenue: Indiegrove, the first coworking space in Jersey City. Along with other coworking spaces like Cowerks in Asbury Park and Mission 50 in Hoboken, they are working to establish an entrepreneurial community in North New Jersey.

Although the region is geographically in New York’s shadow, the founders of these coworking spaces are aiming to give independent workers plenty of reason to stay closer to home. Aside from a groundswell of interest in keeping New Jersey entrepreneurs local, another thing they have in common is that they’ve received government funding to be able to do so.

Indiegrove, Cowerks and Mission 50 are three coworking spaces in New Jersey to receive government funds for expansion. In January, New Jersey’s Economic Development Authority (EDA) announced that Cowerks would receive $240,000. Indiegrove will receive $175,000 to expand. Mission 50 received a loan of $556,550. In all, New Jersey has awarded nearly $1m to coworking spaces.

In the state, coworking has gone from a relatively unknown concept to an expanding industry in just three short years. “People said it would never work,” said Zahra Amanpour, founder of Indiegrove. Bret Morgan, co-founder of Cowerks, added, “I’d see a lot of glazed over eyes.”

New Jersey’s major employers are pharmaceutical and biotech companies. But when it comes to startups and internet technologies, the state does not have the companies or capital that New York’s Silicon Alley does. Many employees in tech and creative sectors have seen no option but to commute to New York for work. But what New Jersey does have is people—the skilled workers and entrepreneurs that commute to Manhattan for work or to found their own companies.

“We’re a mile away, separated by a river. We can just reach across this river and access massive amount of companies and capital. We always wondered, in New Jersey, how do we capture this? We’re so close,” said Greg Dell’Aquilla, founder of Mission 50.

New Jersey’s government sees coworking as one way to keep people and business in the state. A strong coworking community could also grow the economy by providing a local launching pad for startups.

Initially, the EDA planned to partner with coworking spaces in 2012, but when Hurricane Sandy struck, the agency rerouted funding to more urgent needs. Two years later, New Jersey was ready to try again. The EDA scraped together the funds and issued a request for interested coworking spaces.

Three years ago, in 2012, New Jersey’s coworking space founders were struggling to educate community members about the concept of coworking. Now their biggest need is the funding to expand. The vast majority of the funding from the EDA will go into increasing the space available for coworking.

Cowerks plans to use the funding to lease more space in their current location. They also plan to add a second location near public transportation. When they finish expanding, they expect to have 8,500 square feet of office space.

Indiegrove and Mission 50 are also negotiating for leases for more office space. The highest demand is for private coworking space, and both spaces have long waitlists. “Our businesses start with a few people at first. Then suddenly they have ten people at the conference table. That’s when we say, okay, it’s time for you to go and start looking for another space,” said Amanpour. Indiegrove then works with growing startups to help them find office space in Jersey City.

Dell’Aquilla, Mission 50’s founder and a real estate investor, is also keenly aware of how small companies deal with finding office space. When he began Mission 50, he moved his own office into the space as a way to try out his own product. He chose a four person office, one of the biggest available at the time, because he didn’t think he would be able to work at a communal open floor-plan workspace.

But once Dell’Aquilla began coworking, he downsized his private office needs again and again. The communal workspaces he once couldn’t imagine working in were actually a great fit. “It was a good experience to go from being on one side of the coin to the other, from having a private office to sharing workspace. The private office is not the norm anymore,” he explained.

The demand for education is also a feature of what coworking spaces provide. All three of these spaces offer extensive networking opportunities and classes, and Indiegrove opens theirs to the community at large. Topics include human resources, how to get funding, and how to expand marketing reach. Their litmus test for course offerings is simple: will the course help a business become financially sustainable? The funding from the EDA will help Indiegrove offer additional classes and more education to the community.

Like New Jersey’s other coworking spaces, Mission 50 plans to grow their current course offerings for members, but they are choosing a partnership model to do so. They reached out to the Stevens Institute of Technology to develop a full range of classes for entrepreneurs. The long-range plan is ambitious: to host the first small business accelerator in New Jersey.

Cowerks works with members to match course offerings to members’ interests. “Asbury Park is a very creative community,” Morgan said, and explained that the majority of Cowerks’ members are designers and developers. Cowerks hosts the 10,000-member New Jersey Tech Meetup and is also host to the annual Asbury Agile conference on software development.

Morgan said Cowerks is planning to add a maker space to its amenities. The space will have a full range of digital tools including 3D printers, CNC mills and laser cutters, and Cowerks members will be able to use the space to develop functioning prototypes and products. Morgan and Danny Croaky, his co-founder, believe that the maker space will bring Asbury Park’s entrepreneurs a new path for growth.

New Jersey is aiming to become a destination for entrepreneurs, not just a next-door neighbor to them. Insofar as coworking brings education home and provides companies a local base, New Jersey is banking on coworking to provide a substantial boost to the local economy. As more states and government agencies invest in coworking, the coworking concept—as a movement and as an industry—gets a chance to prove itself as a viable model for improving local economies.