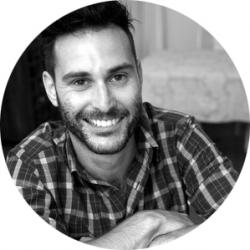 Highly competitive startup accelerators and incubators have been around for a number of years. Sometimes they are initiatives housed in coworking spaces, and sometimes they’re profit-generating stand alone entities that take an equity stake in each startup they admit.

Startups apply for entry to these elite spaces hoping to gain a competitive edge in the form of mentors, in-house legal and tax advice, and easy press from tech publications. Undeniably, these accelerators generate momentum and morale for startups and their teams. But often there’s little in the way of real take-home results. Most startups hustle and run the course, but most do not pick up investment and must eventually disband. It seems to me the effort involved in these initiatives could be channeled more effectively.

In a startup accelerator, a startup’s founding team members are provided training, advice and mentorship. While that may sound cozy, the reality is a high-pressure, high-stakes environment not unlike a Wall Street trading floor.

The breakneck pace funnels all attention on having something sleek to show come Demo Day. We’re talking pressure cooker style rapid prototyping. Now, I’m a mega-proponent of Design Thinking and Eric Ries’ Lean Startup: fail, fail, fail and fail cheap. But what about after Demo Day, when there is no money? Then what?

Typically, the startup gets shopped around hoping to get bought out, or it ultimately dies a slow, painful death from a lack of traction and having no new cash to burn.

Insofar as startups are fledgling businesses, it stands to reason that an accelerator program designed to help them succeed would be, perhaps, like a truncated MBA. But that’s not startup culture, and that’s certainly not accelerators.

The expectation of accelerator participants is to create a tech unicorn—you know, those rare, disruptive businesses that turn the taxi or hospitality industries upside down like Uber or Airbnb. And they need to achieve this within two months in a take-no-prisoners environment while the PR is flying on a day-by-day basis. It’s a single shot to go for broke. And they do, fast.

Sounds like fun! Who wouldn’t want to be a contender? But it’s not that great and, as I see it, it’s a waste of resources.

Accelerators provide varying degrees of support for a select few to acquire some angel funding, where the accelerator then piggybacks on the startup’s success by becoming an early-stage equity partner. The standard curriculum of a startup accelerator program focuses on providing an environment for exactly that, and little more.

I’m curious as to whether this model is indeed working to build viable companies. To me, there seem to be radical inefficiencies and some significant missed opportunities for far greater success.

Here’s how I see it:

I do not believe it to be enough that accelerators, investors, and mentors (AIMs) are the only ones who should be dictating which potential projects are worth exploring. I also think they need to get more involved.

AIMs need to step away from the strategy table, roll up their sleeves, pick up a shovel and shovel some dung. I’m not suggesting that a 60-year old mentor powerhouse with a war chest of high-powered friends should learn how to code, but I do want all parties involved more deeply in the outcome. I feel that expecting them to be at the office at 10am to work with their teams in a range of activities, taking on deliverables, and traversing the murky waters as a real team player is not too much to ask.

Of course, these bigwigs have other commitments and are at different life-stages. But frankly, far too often I’ve seen AIMs saunter in at noon, float around the workspace showing off their involvement to guests they bring in, dabble with teams at arms’ length and then go for coffee. They seem to believe that the fledgling companies they oversee will take care of themselves. Well, newsflash: they won’t. Startup teams are there because they are looking for a real leg up, and they aren’t getting it. I see this as a key reason for the failure rate.

In fact, a coworking space that my team recently belonged to ran an accelerator program, and the mentors did this very thing. In the past two years 14 startups were founded. Today, only four still exist. That’s a 30% success rate. Is this the best we can do?

I feel AIMs should be earning the equity they are taking. Shouldn’t they want to water the seeds they sow as best they can? They are, after all, investors. With such a high rate of failure, I would think it’d be a case of “all hands on deck” to mitigate any undue risk. Why shouldn’t they be more involved?

Accelerators have a very crude process with broadly-defined milestones, where startups have to tow a little line, yet run more or less independently from one another or any tightly held process. There’s a ton of undue stress, lack of clarity and bravado that keeps everyone hyped and on edge.

In my view, accelerators need to lay down precise processes and foundations. I’d love to hear this: “Hey guys, well done for getting this far. Now, this is how it’s going to look. These are the deliverables. To get you building a business that has any chance of survival, here’s your point person, Kate, who will ensure you get across the finish line. Now, for your admin, accounts, legal, ops, sales and marketing, etc., build these into our platform so we can support you…”

It’s critical for people who want to start a business to actually understand the finer-workings of a business. It’s not just about the tech—we assume the tech will be good. It is actually about building a business around the tech!

Participants cannot just continuously work on building the product, feel cool that they are in the program, and just listen to inspirational semi-relevant presentations by sponsors that really don’t do anything to take them to next level in their actual business. Teams need real and targeted business support whether they want it or not.

All of these business facets, then, need to be woven together into a regimented process that’s pre-defined and outlines the generic roadmap with definitive SMART goals. The more straightforward, the better: “By next Tuesday you will have registered your business name, domain name and select a web host option from our partner list, and registered this with Sarah-Jane who heads up Admin. And, Kate will drive this—she’s good at getting results!”

By creating a definitive process, the teams can focus on what is needed in a checklist fashion, and spend energy where it counts. The support of the greater organization will bolster chances of startup success.

Let me state this again: I believe in selling. I don’t believe in inbound marketing, exclusively. I’m a huge fan of it, but there needs to be someone who goes out and gets market feedback from humans. Deal-making is about relationships, especially in fragile new businesses.

I believe that those using the Lean Approach are on point about the cycle of build-test-build-test. But I also believe in taking that early-stage validation a step further: closing or at the very least test-closing.

I recall when we built Snapplify, we had a two-month-old prototype under our belt and then went to the largest book fair in the world and hustled. The product was held together with duct-tape and dental floss at that point, yet we came home with two sales.

How did we make these sales? Because we asked for them! We spoke to hundreds of potential clients. 98% of people dismissed us. We found out why. We spoke to the people who’d be doing the buying, not the ones supporting or funding us. We built a database of the small, medium and large players. We were seen. We could measure our success clearly because we came home with actual deals.

Over the year we built our offer, we told folks about it. We built a channel with potential clients. We had begun building a strong reputation, and the following year we were more compelling. But more importantly, we were known and remembered. We had people calling for meetings with us, because we were known to them now and they had watched us grow over the year.

Sell from day one.

Accelerators tend to feed into the notion of “the rockstar.” Rockstars are the talkers, the confident people who present well, talk a lot, and hustle with ease. These are the compelling, charismatic figureheads that investors feel good about backing. They rock the pitch by giving a great show and telling a damn good story.

But business isn’t about the rockstar. It’s about teams who can execute, and “the rockstar” merely has a part to play among others. This game is about team and delivery, and these teams come in all shapes and sizes. Often they don’t look like the A-Team. In fact, I’m backing the B-Team – the middle-of-the-roaders – because I like challenger brands, the Pepsi’s to the Coke’s.

This might be seen as reaching, but hear me out. What I’ve learned from experience is that the people you want in your corner are not the hotshots, those shoot-the-lights-out people that seem amazing with their natural talent and arrogance. Instead, I want the people who are good, put their head down, and put in the hours. The ones who have fought to get to where they are. Because these people (a) listen, (b) learn, (c) believe in and commit to the process.

These are they people I back. These are the people I love working with because you know they are diligent and passionately working on a Friday night to solve problems.

Accelerators, investors, and mentors pursue unicorns. Why? Because, like the rockstar, they dazzle. But pursuing unicorns is a waste of time when there are solidly viable businesses right in front of you. Many products could become unicorns given the right incubation, but even that is hopeful. Realize that the ideal full-stack disruptor businesses, the Facebooks and Twitters among us, are not the right heroes for every single startup. Accept this fate and you are ahead of the pack. Unicorns take extreme risk acceptance, masses of capital and lots of time to realize—not to mention a degree of dumb luck.

Do not hunt for unicorns. It’s a fools’ errand. Instead, solve a real problem. Keep it small, keep it tight, build a revenue stream into the business, and execute. Personally, I’m a huge proponent of corporate venturing, i.e. helping businesses with innovation. Why? Because there’s money and plenty of work in it, and the sell can be easier.

It can be something as simple as what my mates at Diarize.me are doing: running an online portal showing meeting availability for professionals. It’s just simple. It’ll never be a unicorn, but they’re making cash. I’m in.

At the end of the day it’s all iterative. What starts off as an ugly duckling prototype today may over time and a few iterations show its true colour as a fantastic opportunity given the right environment to flourish.

Average ideas combined with good minds that commit to hard work, hands on deck from all players involved, and a runway to burn a little cash, will foster more consistent outcomes.

Show me an accelerator that does this and I’ll back them—they’ll be building the taxpayers of tomorrow while having a good chance at an IPO.