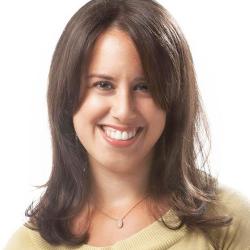 Hila Ratzabi is a Philadelphia-based poet, writer, and freelance editor who is proud to call Indy Hall her second home. She is the founder of the Red Sofa Salon & Poetry Workshop. Her next workshop offering is an Urban Nature Ecopoetry Workshop in Philadelphia, starting May 5, for six Monday evenings.

On a sunny April Sunday afternoon I sit on my porch in West Philadelphia working on my laptop and listening to the hip hop music streaming from Malcom X Park across the street. My feet are up on a 1970s outdoor chair my parents bequeathed to my husband and me so we would have something to put on our porch. We’d never had a porch before. Overlooking the porch is our garden, which we’d also never had before. We moved from Brooklyn to Philly three years ago, when my husband (then fiancé) was accepted to the graduate program in chemistry at the University of Pennsylvania. Knowing very little about Philadelphia, we moved into a one-bedroom apartment on Spruce and 18th Street, and a year later after we got married, we moved to West Philly.

The experience of moving from New York to Philadelphia was a little like being dropped onto another planet. In fact, the moment I went to pick up the keys to our first apartment, there was an earthquake. It felt almost too poignant: my life was being shook up. For me, moving was a big change, having lived in New York my entire life. All my friends were in New York, and I had left my full-time job in publishing. While it was easy enough to learn to navigate our way around Philadelphia (public transportation was straightforward enough, and indeed the city was as walkable as everyone says), finding my place in Philadelphia was another story.

When I left my full-time job, I had already started imaging another way to make a living that wasn’t 9–5. In New York, that possibility had never occurred to me. Never making much more than an entry-level salary, even after about five solid years in the publishing industry (previous to which I’d done an MFA in poetry writing), I believed that the only way to make a living and pay rent was to have a full-time job that vaguely fit my skill set and intellectual interests. But while I worked full time for many years, I had accumulated other side gigs that were much more intellectually and creatively stimulating: freelance editing and tutoring. When we moved to Philly, I decided I would try to turn my freelance work into my main source of income. It seemed like the right time to try this, and my husband’s PhD stipend was enough to cover basic expenses in the mean time.

That first year was tough. On the one hand, I had enough freelance projects to get started, and it was exciting to finally venture out on my own career-wise. I was also busy with wedding planning, which was surprisingly fun and not as stressful as it could have been. But on the other hand, I felt a bit lost. Working alone was, well, lonely. And while I had a few old friends who’d also ended up in Philly at the same time as me, I didn’t have much of a social circle to lean on. I was engaged with my work projects, but also dealing with the uncertainty of finding more work––a component of the freelance lifestyle that would later become normal and less anxiety-inducing to me.

At some point I’d stumbled upon an article shared by the Editorial Freelancers Association, of which I’d recently become a member, on ways to combat loneliness as a freelance worker. One of the suggestions they offered was to try coworking. I wasn’t sure I’d heard of coworking before, but once I read about it, I was hooked. I Googled “coworking Philadelphia” and immediately discovered Indy Hall. (In fact, to this day, even though I know about the existence of other Philadelphia coworking spaces, I really haven’t tried another one.) I joined Indy Hall soon after I’d found it online, and we’re now approaching our two-year anniversary (so are my husband and me, by the way).

When I entered Indy Hall for the first time, I was quickly struck by the physical space. There were funky paintings everywhere, a turtle tank (hi, Timmy), a beer fridge, a whole line up of hard liquor in the kitchen. There was the smell of coffee brewing. There were people chatting, people working at desks… there were actual people! And then there was Adam. The plucky, amenable blonde guy who greeted and welcomed me. He immediately made me feel like this was a place I could be a part of, that Indy Hall was more than just renting a desk. He encouraged me to introduce myself to people, to try not to sit at the same desk all the time, and to be an active member of the community. This was exactly the place I didn’t know I was looking for. And it would become my second home.

The more time I spent at Indy Hall, the more confident I became as a freelancer. The energy around me was infectious. People were typing furiously at their standing or sitting desks, taking phone calls, meeting clients. People were starting companies! They were entrepreneurs! It was so cool and nothing like any of my old jobs at New York. Sure, everyone pretty much looks the same working at a computer anywhere, whether at an office, home, coworking space, or coffee shop. But the difference was that here, just about everyone was working for themselves. And not only that, they were sharing what they learned with each other, collaborating on projects, helping each other out.

The positive effect of this community has manifested itself on so many levels. On the technical plane, there is not one issue that I haven’t found someone to help with. I’m pretty low tech when it comes to my work, but just like everyone else, I have websites to update and online tools to utilize in my daily life. Advice on things like software, technology, productivity, etc., is never lacking at Indy Hall. Any time I’ve had a problem with one of my Word Press sites, our local Word Press guru Reed Gustow has been there to assist.

And then there are the bigger things: receiving the kind of support I had no idea I would need until I did. In January of 2013, I attended a week-long poetry workshop in Florida as way to keep my poetry writing practice alive within my now busy freelancing life. On the last day of the workshop, a fellow participant asked me how I “knew so much about critiquing poetry.” I kind of laughed to myself internally, but said out loud, “I guess cause I attended an MFA program and got experience there.” The participant thanked me for all the helpful critiques and insight I’d shared in the workshop. I was kind of stunned and humbled. But also, something shifted. I realized that for a long time I’d told myself I didn’t have the right credentials to teach a poetry workshop, when in reality, I’d had these skills for quite some time. Why had I never thought of this before? I could teach a poetry workshop! Right? Or could I?

The excitement followed me back to Philadelphia, along with the requisite self-doubt. But could I, really? I’d never taught a poetry workshop before, but I’d been a participant in countless workshops, and I did have an MFA, for whatever that’s worth. I noticed people occasionally held workshops and classes at Indy Hall. So one day I asked Adam if I could talk to him, and told him my idea. The conversation started off more on the technical side. If I were to hold a workshop here at Indy Hall, what would be a good day of the week? Where would it be? How would I advertise it? Adam suggested I share my idea with the community online and ask for advice. But also, I said, you know I’ve never done this before. Do you think I could really do this? Of course, he said! This is a great idea, and I’m sure people will be into it. I guess you could say that to anyone looking for encouragement, but Adam said exactly what I needed to hear: the truth. Of course I could do this. And now, I was going to do it.

That was my first, and probably biggest, “JFDI moment.” For the uninitiated, JFDI stands for “Just Fucking Do It,” a term coined by Indy Hall founder Alex Hillman. For me, JFDI started as cute, catchy, philosophical sound byte, and has become an addiction, a daily truth. How many things had I wanted to do and just… didn’t follow through on? How many things had I imagined doing and thought: this is too hard/scary/impossible? How many times had I told myself I wasn’t qualified?

What started as “the little workshop that could” has blossomed. In April 2013, I began offering workshops at my house in West Philly, under the name Red Sofa Salon, after the big red sofa where our workshops take place. Looking back, I sometimes can’t believe I really “did that.” To advertize the workshop I invited Indy Hall photographer duo Chris Dawson and Susan Harner to take photos of the space. They showed up with all their equipment: cameras, lights, tripods. This was real. And it felt amazing. I had no idea if anyone would sign up for my workshop, but here we were, giving it a try. I got my flyers printed at Fireball Printing. I put flyers up at local cafes and bookstores. It felt so bootstrappy! And in that way, it was also so Philly. I’d caught onto this entrepreneurial, do-it-yourself spirit that seems to pervade this city. And if that spirit had a local home it would be at Indy Hall, where all that JFDI energy is concentrated.

Over the past year, workshop attendance has been steady. While of course there isn’t a huge market for poetry workshops, I’m getting to do what I love. And I’m still doing my other freelance work too, but now it’s so much more than I’d imagined it could be. I started the Red Sofa Reading Series at Indy Hall, where I curate and host poetry readings, adding to the already burgeoning series of art exhibits and music events curated by Sean Martorana and other Indy Hall members under Indy Hall Arts.

In many ways, I don’t think I could have done any of the things I’m doing right now in any other city, and certainly not without the support and inspiration of the Indy Hall community. After three years in Philly doing my own thing, crafting a rewarding freelance life for myself, I finally feel at home, both in myself and in this place. When we first moved here, Philadelphia was just another city, one of many we could have ended up in; now it’s a place I’d be sad to leave. The metaphor might be a bit overused, but we’ve planted roots here, just like this garden that’s perking up in front of our house. Though the earth shook when we arrived, it’s since quieted down, and we’re finally home.